newsinfo / Nation
Nation
Lawmaker vs secretary: We'll see each other in court 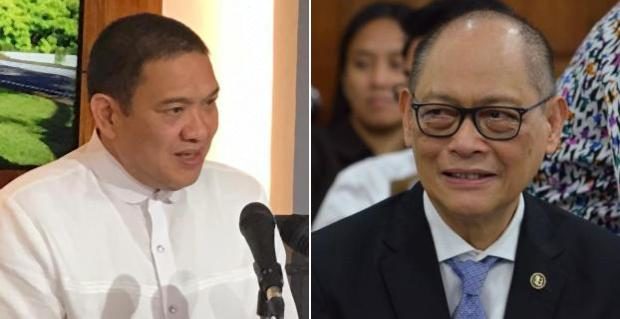 MANILA, Philippines — House Majority Leader Rolando Andaya Jr. said Tuesday he would file a case for mandamus in the Supreme Court if the Department of Budget and Management (DBM) fails to implement the scheduled salary hike of government employees by Jan. 15.

The Salary Standardization Law (SSL) mandates the fourth tranche of salary adjustment for civilian personnel of the government this year.

In the latest word war between Andaya and Budget Secretary Benjamin Diokno, the Camarines Sur congressman belied the former’s “scare tactics,” saying that a delay in the 2019 budget’s approval would not affect the release of the funds for the salary hike of soldiers, policemen, teachers, and civilian employees of the government.

“In case he is too proud to take an advice from a congressman, then we might just see each other in court. I will personally file a case for mandamus in the Supreme Court if the DBM will not implement the salary increase by January 15,” Andaya, a former Budget chief, said in a statement.

Diokno meanwhile said Andaya is free to file a case against him.

READ: Diokno: Andaya is free to file case of mandamus before SC

Considering that the P3.8-trillion cash-based budget proposal this year was the same as last year, then a reenacted budget “covers the needed funding for the salary increases,” Andaya argued.

“The President’s decision to extend the 2018 budget under Joint Resolution No. 3 also gives DBM more spending authority,” he added.

Andaya also reminded Diokno that the first round of salary increase for uniformed personnel in 2018 happened without a specific budget for it and even though the hike was not included in the 2018 budget proposal.

But Diokno refuted this, saying the salary level authorized in the 2018 budget covers the third tranche of SSL but not the 4th.

“The 4th tranche is provided for in the 2019 President’s Budget. Since the 2019 budget is yet to be approved, there is no legal basis for giving the 4th tranche,” he said.

Andaya also appealed that President Rodrigo Duterte reminds the DBM secretary to transmit to the Office of the President all the documents needed to effect the release of salary increase for government employees due this year.

“The President may end up being blamed as the fall guy for the non-release as Sec. Diokno will simply say the President has not authorized the fund releases,” he added. /jpv