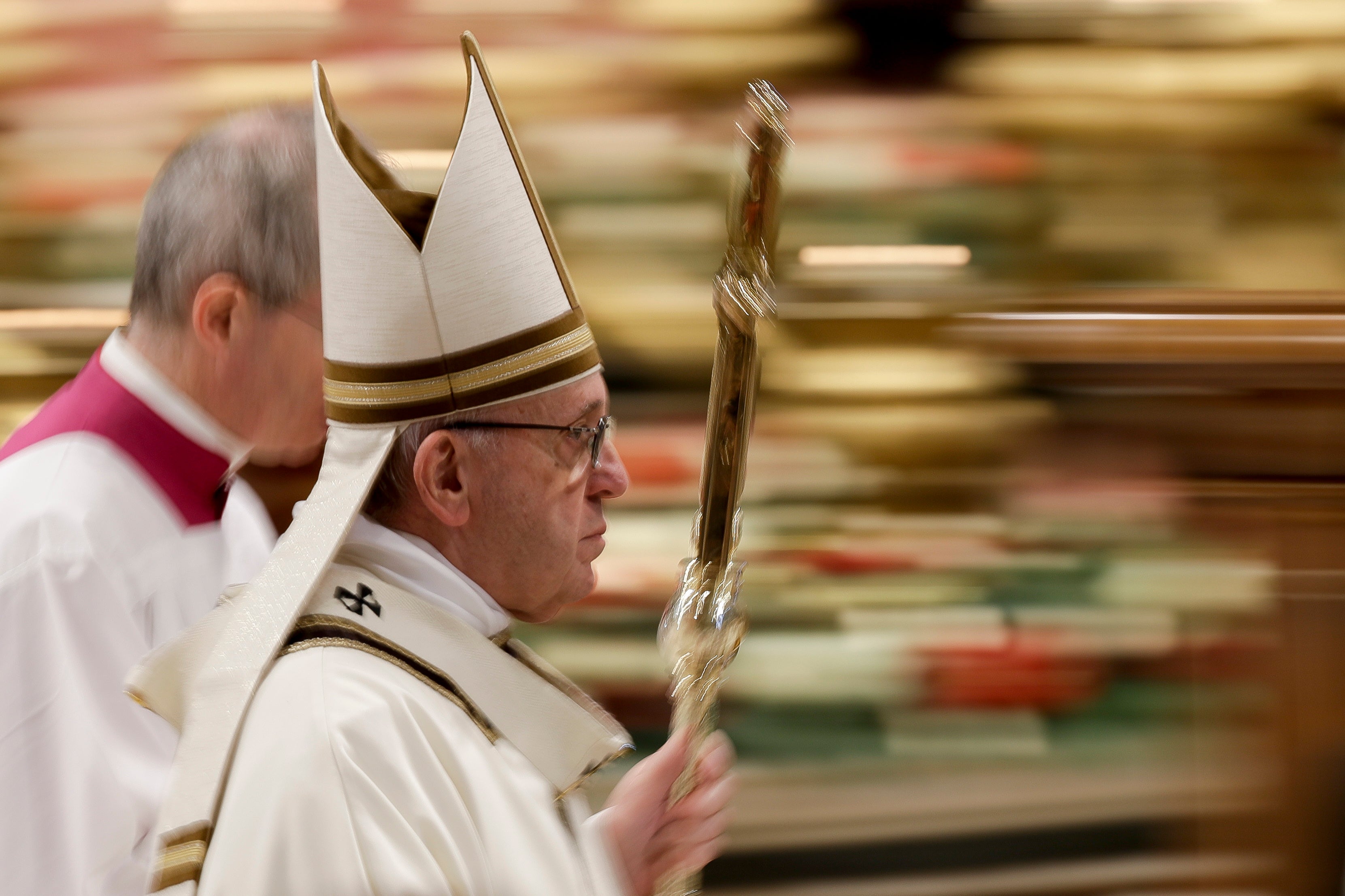 In this photo taken with slow shutter speed Pope Francis leaves after celebrating an Epiphany Mass in St. Peter’s Basilica at the Vatican, Sunday, Jan. 6, 2019. Pope Francis has appealed to European leaders to show “concrete solidarity” to 49 migrants stranded aboard a pair of rescue vessels. Francis, addressing faithful in St. Peter’s Square Sunday, noted that the migrants, rescued in the Mediterranean. (AP Photo/Andrew Medichini)

VATICAN CITY — Pope Francis has expressed concern over the rise of nationalism in the world, blaming the surge partly on globalization’s shortcomings.

In his annual speech to diplomats accredited to the Vatican, he noted worry in Europe and North America about migrants and consequent limits on their entrance across borders, including while in transit. Pope Francis said “partial solutions can’t be given to such a universal question.”

The Pope voiced dismay Monday over long-running conflicts in Ukraine and Syria, and praised dialogue between North and South Korea.

Home of choice for every Filipino