Trump: Key plotter in USS Cole attack has been killed 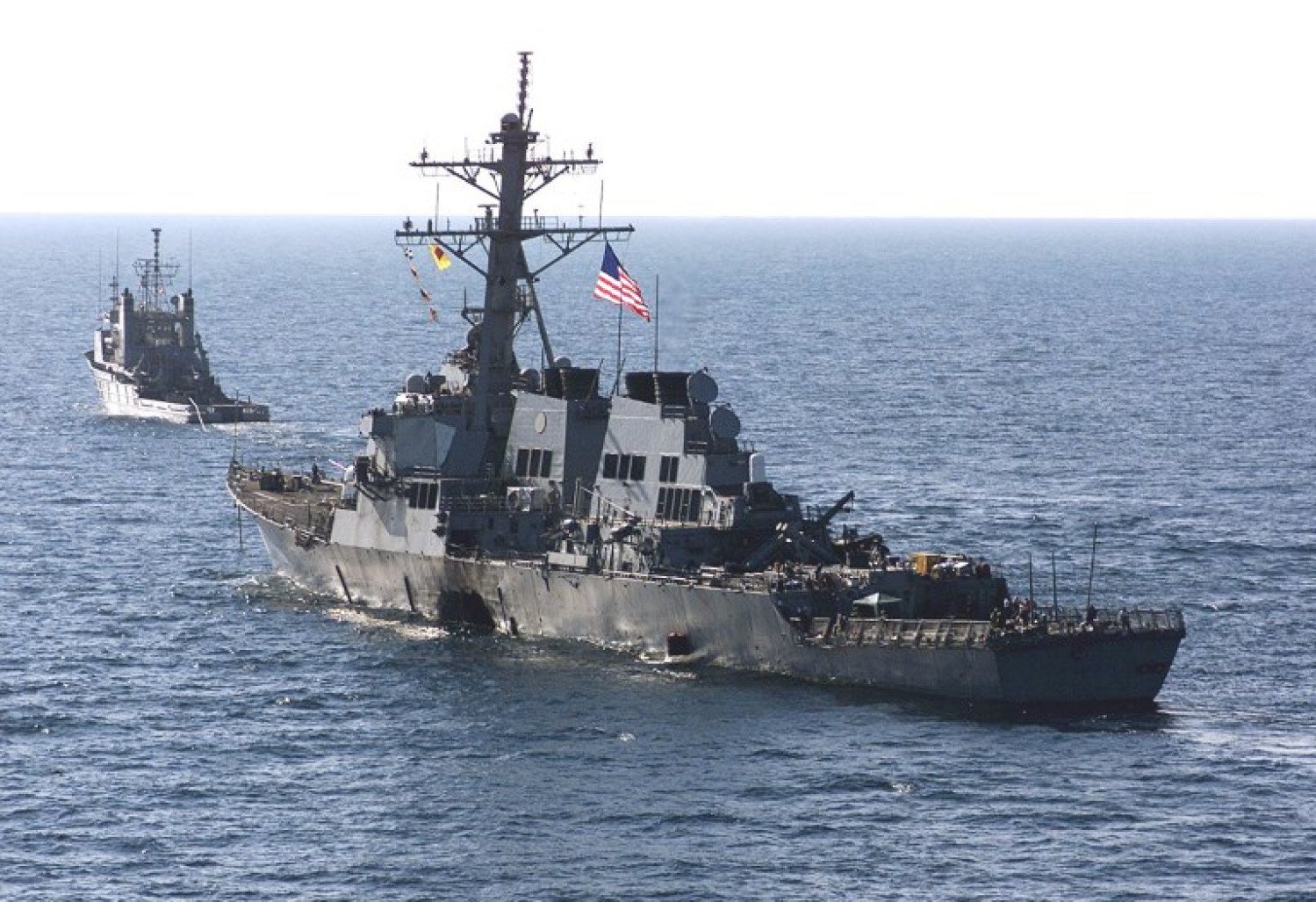 This handout file photo taken on October 29, 2001, shows the USS Cole being towed away from the port city of Aden, into open sea by the Military Sealift Command tug USNS Catawba. President Donald Trump confirmed Sunday, Jan. 6, 2019, that the US military has killed one of the architects of the 2000 bombing of the USS Cole that left 17 American servicemen dead. AFP PHOTO / US MARINE CORP (Photo by SGT. DON L. MAES / US MARINE CORP)

WASHINGTON, United States – President Donald Trump confirmed Sunday that the US military has killed one of the architects of the 2000 bombing of the USS Cole that left 17 American servicemen dead.

The military said Friday that Al-Qaeda operative Jamal al-Badawi was believed to have been killed in a precision strike in Yemen.

“Our GREAT MILITARY has delivered justice for the heroes lost and wounded in the cowardly attack on the USS Cole,” Trump tweeted. “We have just killed the leader of that attack, Jamal al-Badawi.”

“We will never stop in our fight against Radical Islamic Terrorism!”

On October 12, 2000, a rubber boat loaded with explosives blew up as it rounded the bow of the guided-missile destroyer, which had just pulled into Aden for a refueling stop.

Seventeen American sailors were killed as well as the two perpetrators of the attack that was claimed by Al-Qaeda, in an early success for the terror group and its founder Osama bin Laden.

The chief suspect in the attack, Abd al-Rahim al-Nashiri, is being held in the US detention camp in Guantanamo Bay, Cuba.

Badawi was indicted by a federal grand jury in 2003 and charged with 50 counts of various terrorism offenses, including murder of US nationals and murder of US military personnel.

He was said to have supplied boats and explosives for the attack on the destroyer.

Badawi was also charged with attempting with co-conspirators to attack a US Navy vessel in January 2000, and was on the FBI’s Most Wanted list.

According to the agency, he was captured by Yemeni authorities but escaped from prison in April 2003. He was recaptured in March 2004, but again escaped in February 2006. /cbb