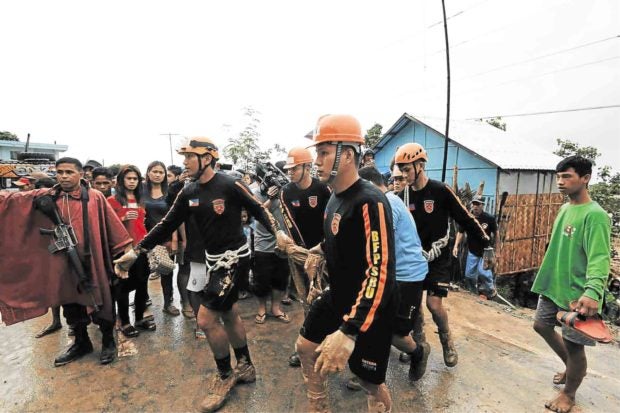 LIBON, Albay — The Department of Agriculture (DA) has earmarked P3.4 billion in financial aid for thousands of farmers who were likely to lose income after their crops were destroyed by Tropical Depression “Usman.”

Agriculture Secretary Emmanuel Piñol said on Thursday during a visit to this town that the fund would be used to help 28,714 farmers tilling 12,000 hectares of farms that were destroyed by floods and landslides spawned by Usman.

At a forum with farmers here, Piñol turned over P3.2 million worth of farm materials and machinery to 1,000 members of farmers’ groups.

He said the 28,714 farmers targeted as beneficiary of the financial aid could avail themselves of loans and P5,000 in cash assistance.

The farmers would also be given free seeds, the DA chief said.

The agriculture sector in Bicol was estimated to have suffered losses of up to P596 million due to Usman, according to Emelia Bordado, DA spokesperson.

The weather disturbance triggered flooding and landslides that either damaged or destroyed up to 31,000 hectares of farms in the region.

In a report, the DA said rice farmers suffered the most with an estimated P514 million in losses or 16,331 metric tons of palay.

Piñol said the DA was getting only an operating fund of P49 billion a year.

He said he was optimistic, though, because the government’s economic managers appeared to agree to focus on agriculture development.

Piñol said he had already prepared a bucket list that would boost agriculture productivity.