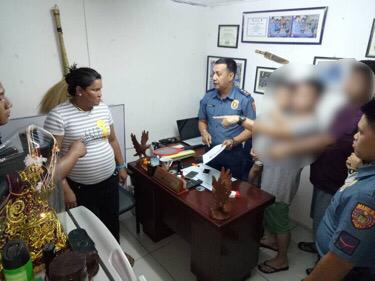 MANILA, Philippines — A woman was arrested for attempting to kidnap a three-year-old boy from his home in Sta. Ana, Manila on Saturday.

According to the police report, the father of the victim, who was on the second floor of their home, heard the cry of his son.

The father then peered through their window and saw Fernandez holding his son’s right arm and was dragging the victim along the stretch of Dagonoy St., San Andres Bukid, Manila.

At the said juncture, the father went down from their house, chased the suspect, and recovered his son.

A barangay councilor, Kagawad Asgar Datumanong, immediately sought for police assistance and the elements of the Dagonoy PCP responded shortly and arrested the suspect.

Fernandez, who, according to authorities, had gone viral online in March 2018 for allegedly kidnapping a minor, was turned over to the Station Investigation Section for proper investigation and documentation of the case. /je