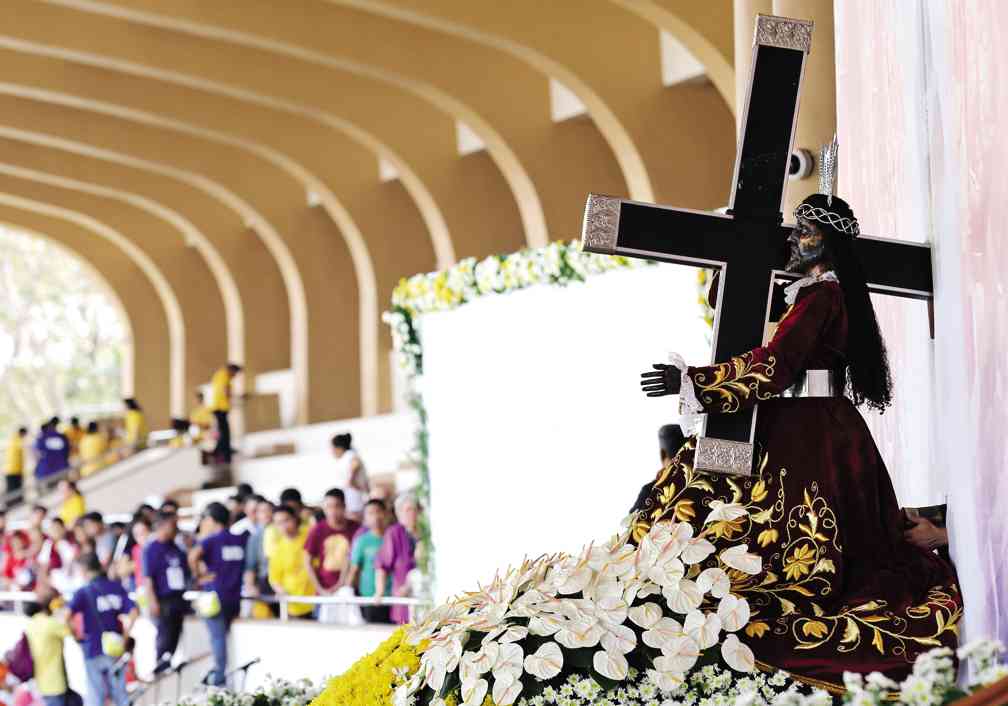 The Black Nazarene during a previous ‘Pahalik’ at the Quirino Grandstand in Manila. INQUIRER FILE / RAFFY LERMA

MANILA, Philippines — Several roads leading to the Quirino Grandstand will be closed on Tuesday, January 8, to give way to the annual “Pahalik” on the image of the Black Nazarene, the Manila Police District announced Sunday.

In an advisory released by the Manila District Traffic Enforcement Unit, Katigbak Drive, South Drive, and Independence Road will be closed to motorists starting 5 a.m. of Tuesday.

The public is advised to take alternative routes to reach their respective destinations.

> Vehicles coming from Bonifacio Drive and P. Burgos intending to use Independence Road, should go straight to Roxas Boulevard to point of destination.

> Vehicles going to Manila Hotel and H2O Hotel shall have one lane-access on Katigbak Drive.

Authorities also said that the closing and opening of the affected road closure and rerouting plan would depend on the actual traffic condition on Tuesday.

The Feast of the Traslacion of the Black Nazarene is celebrated every the 9th day of January. Millions of devotees is expected to participate this year. /cbb