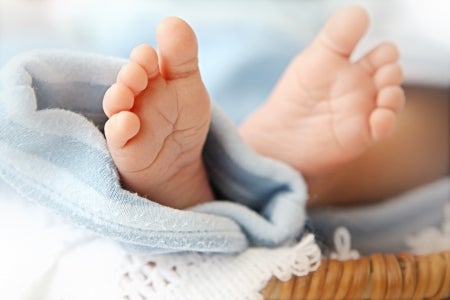 PHOENIX, United States — A woman said to have been in a vegetative state for at least a decade at a private health care facility in Phoenix reportedly gave birth recently, triggering a police investigation and reviews by state agencies in a situation that the state governor’s office called “deeply troubling.'”

Azfamily.com, a news website for television stations KPHO and KTVK, first reported late Thursday that, according to sources not identified by the website, a woman gave birth Dec. 29 living at a Hacienda HealthCare facility where the staff was unaware that she was pregnant.

According to some reports, the woman was a victim of a near-drowning more than 10 years ago. Her identity hasn’t been reported, and it’s not known if she has family or a guardian.

Sources quoted in the reports said the woman was heard to be moaning and that the baby’s head was starting to emerge when a nurse came in.

“None of the staff were aware that she was pregnant until she was pretty much giving birth,” azfamily.com quoted a source familiar with the situation as saying.  That person said the baby was said to be alive and healthy.

Following the azfamily.com report, Hacienda Health Care and state officials issued brief statements about the situation, expressing concern and describing reviews being conducted and steps being taken. But they did not specifically confirm the reported pregnancy and birth.

A Phoenix Police Department spokesman, Sgt. Tommy Thompson, said only that the “the matter is under investigation.” He declined to confirm whether the investigation involved a possible sex crime or elaborate on the circumstances that prompted the investigation.

Hacienda said it in a statement it was cooperating with law enforcement and reviewing its security protocols after becoming aware of a “deeply disturbing incident and “an unprecedented matter.”

“While federal and state privacy laws prohibit us from publicly discussing a patient’s health or case, Hacienda has and will continue to cooperate fully with law enforcement and all the relevant regulatory agencies regarding this matter,” Hacienda said in its statement.

Hacienda’s website said it serves infants, children and young adults who are “medically fragile” or have developmental disabilities.

Gov. Doug Ducey’s office said Ducey was briefed on the “deeply troubling” reports as soon as the office learned of them and that state agencies “immediately began taking every measure to protect patient safety.”

According to the Arizona Department of Health Services, an agency that regulates health care facilities, the 60-bed Hacienda facility was required to tighten security procedures to protect patients in wake of the report.

“We are aware of this situation and are actively working with local law enforcement in their criminal investigation,” the department said in a statement.

The state Department of Economic Security, a social-service agency whose functions include serving disabled people, said it performed health and safety checks on all of the residents at the Hacienda facility after the birth was reported and was working with police on their investigation. /cbb