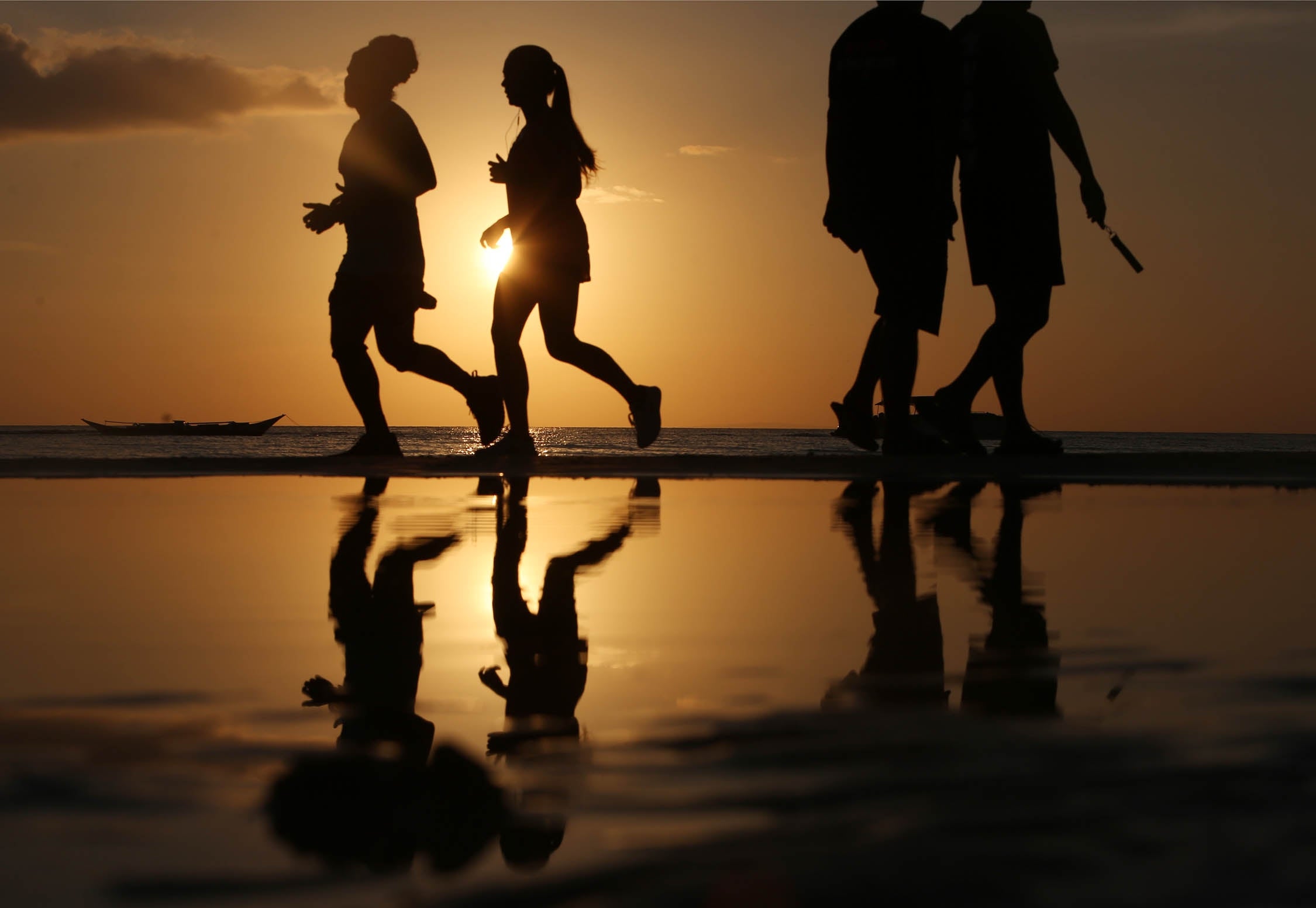 BACK IN BUSINESS. Visitors stroll and jog along a beach on Boracay in October shortly after it was reopened following a six-month rehabilitation program. —MARIANNE BERMUDEZ

ILOILO CITY—For the first time in decades, New Year passed in Boracay without fireworks and firecrackers.

The ban on firecrackers and fireworks gave the world famous resort island what could probably be its quietest New Year’s Day.

The Boracay Inter-Agency Task Force imposed a ban on fireworks on the island following the six-month closure of Boracay for rehabilitation.

Residents and stakeholders had asked that fireworks be allowed during New Year’s Day celebration but the local government unit allowed fireworks only up to 500 meters from the shoreline of Malay town, across the island.

A resident said the fireworks display on the mainland was too far to be seen and enjoyed by those in Boracay.

Residents and businessmen in Boracay had earlier raised concern over cruise ship stops on the island, saying these simply add to foot traffic.

The Department of Tourism (DOT) said it would discuss this and other concerns with the people.

Tourism Undersecretary Benito Bengzon Jr. said that as a member of the task force, the DOT “will continue holding consultations and dialogues with stakeholders in the island.”

A group of business operators and residents on the island had asked the task force to ban cruise ships from visiting the island to help regulate the number of tourist arrivals and ensure that the carrying capacity of 55,000 residents and tourists at any given time was not exceeded.

The group had noted that cruise ships carry at least 4,000 people who would stay in Boracay for just a few hours but leave lasting negative impacts.

“The cruise ships bring the island nothing but congestion and garbage,” the group said in a letter to the task force.

The group said other top tourist destinations in the world had already prohibited cruise ships due to their adverse environmental effects.

“If Boracay is going to be representative of environmental sustainability, we should follow suit and ban cruise ships from Boracay,” the group said.

But the DOT said it would continue to promote the Philippines as a “competitive cruise hub in Asia” bearing in mind Tourism Secretary Bernadette Romulo-Puyat’s “directive to market the country as a destination that promotes sustainable tourism.” —NESTOR P. BURGOS JR.