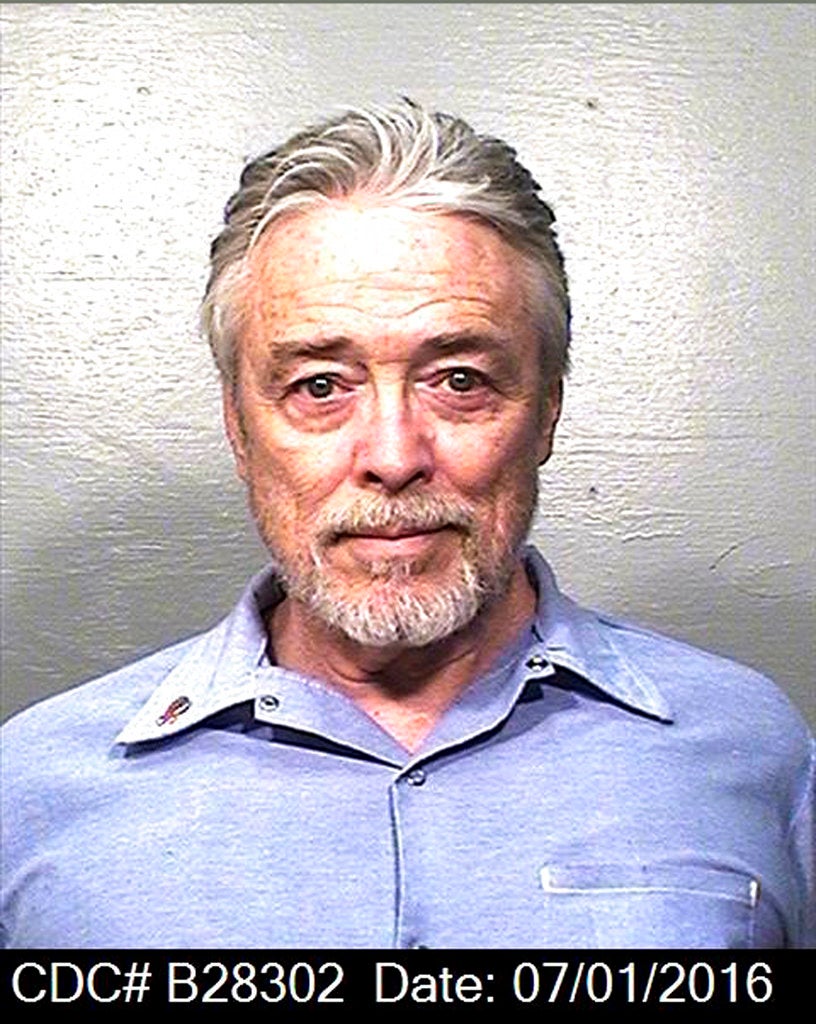 This July 1, 2016 photo from the California Department of Corrections and Rehabilitation shows Robert Kenneth Beausoleil. On Thursday, Jan. 3, 2019, a California parole panel has for the first time recommended that Charles Manson follower Beausoleil be freed after nearly a half-century in prison. The decision will be considered by California’s incoming governor, Gavin Newsom, who could block the release. Beausoleil was convicted in the 1969 slaying of musician Gary Hinman, and not involved in the most notorious killings of actress Sharon Tate and six others. (California Department of Corrections and Rehabilitation via AP)

SACRAMENTO, Calif. — A California parole panel on Thursday recommended for the first time that Charles Manson follower Robert Beausoleil be freed after serving nearly a half-century in prison for murder.

Beausoleil, 71, was not involved in the most notorious killings of actress Sharon Tate and six others by the Manson “family” in 1969. He was convicted in the slaying of musician Gary Hinman that same year.

Hinman was tortured for three days, according to testimony at previous parole hearings, including when Manson cut his face with a sword.

California’s incoming governor, Gavin Newsom, could block the parole in coming months. Termed-out Gov. Jerry Brown has consistently stopped releases for followers of the cult leader, who died in prison in 2017.

The Los Angeles County District Attorney’s Office, which has opposed such paroles, did not respond to a request for comment.

Gary Hinman’s cousin, Kay Hinman Martley, who attended Thursday’s hearing, said Beausoleil was already lucky once when his death sentence in 1970 was reduced to life in prison by an appeals court in 1973.

“I constantly have hope that they’ll do the right thing and keep these people in prison, and now my hopes have to go with the governor,” she said, adding she plans to reach out to Newsom to tell him “this man does not belong outside the walls of prison.”

Beausoleil’s attorney, Jason Campbell, said his client is no longer dangerous and that his release “is long overdue.”

“He is a very thoughtful, insightful and compassionate person. He’s not the person he was in 1969,” Campbell said. “He’s matured dramatically since then.”

He currently resides in the California Medical Facility in Vacaville, which is about 76 kilometers (47 miles) northeast of San Francisco.

Sharon Tate’s sister, Debra Tate, who also attended the hearing, said she will mount a social media petition drive so parole opponents can “make their feelings known to Gov.-elect Newsom, because he has a tendency to be very liberal. Without public opinion weighing in on this, there is no hope.”

She objected that Beausoleil keeps breaking prison rules by profiting from selling his art and music outside of prison. Beausoleil was an aspiring musician and actor before he joined the Manson family.