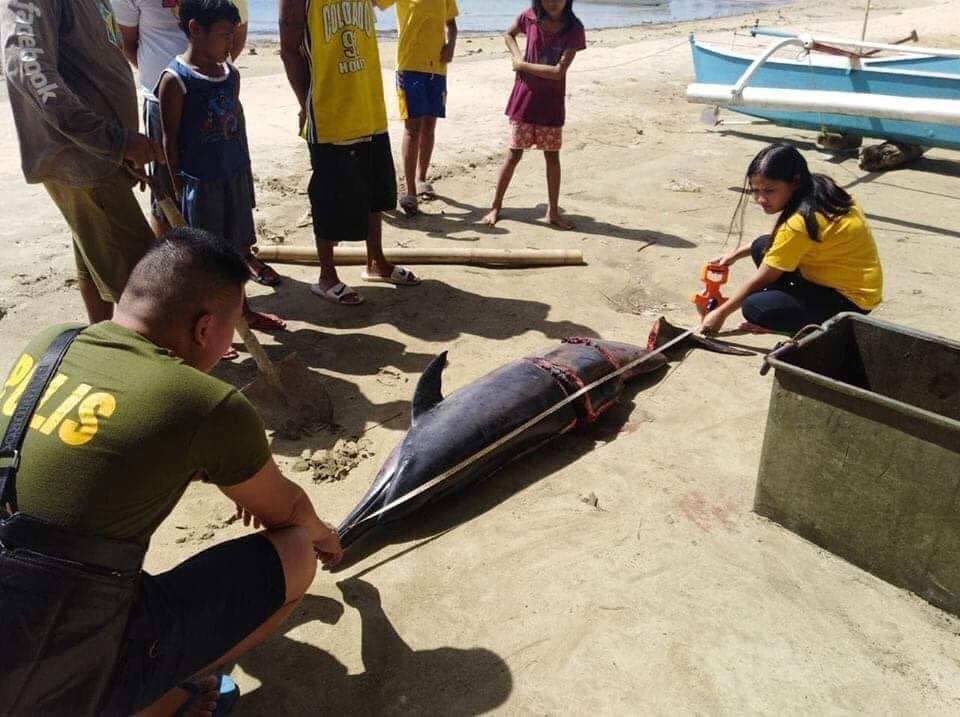 VALENCIA TOWN, Bohol — Two fishermen were arrested and charged after killing and slicing a spinner dolphin in this town of Bohol province.

Roger Dairo Toquib, 44, and Diomedes Palac Sajulga, Jr., 38, both residents of Barangay Cutcutan in Valencia town, were charged for violations of the Fisheries Administrative Order 208.

SPO2 Gregorio Tubio, deputy chief of the Valencia Police Station, said a concerned citizen reported to the police that Toquib and Sajulga were slicing a dolphin in the seashore last Tuesday.

“They were caught by our policemen in the act of slicing the dolphin,” Tubio told the Inquirer.

Police recovered from the scene the 25-inch knife used to cut the dolphin.

Tubio said they found out that the two suspects had a buyer in Lila town.

Both suspects denied that they were poaching. They said they were on the beach for family swimming and bonding when a certain “Edring,” a fisherman from Ubay town, gave them the dolphin.

They were told that the dolphin was caught in the net.

(We were told to slice the dolphin. We were drunk during the time and we didn’t realize that it was a dolphin)

Toquib said they were at least nine of them who helped in slicing the dolphin. 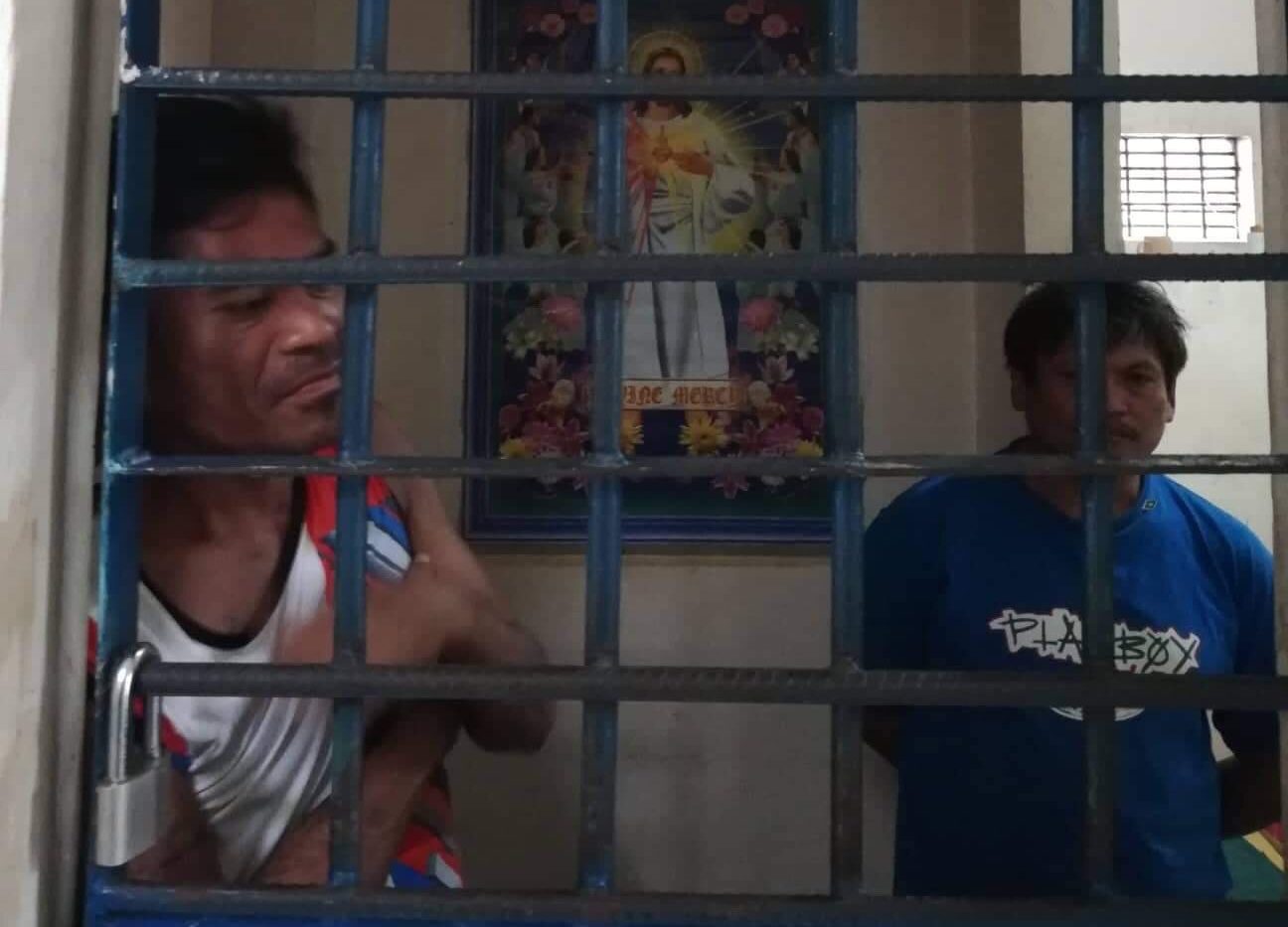 Suspects Roger Dairo Toquib and Diomedes Sajulga, Jr., both residents of Barangay Cutcutan in Valencia town in Bohol province were charged for killing and slicing a dolphin. Leo Udtohan/Inquirer Visayas

Both said they were aware that killing a dolphin is illegal.

The suspects who were still at the custodial facility of Valencia Police Station were charged on Thursday for violation of the Philippine Fisheries Code of 1998, Fisheries Administrative Order 208 which prohibits the capture of rare, threatened and endangered species.

The Bohol Sea is said to be one of the breeding grounds of dolphins.

Bohol was once lauded for its conservation of whales. Whale hunters became whale watchers for the burgeoning tourism industry.

Tourists who avail themselves of the Dolphin and Whale Watching Tour off Pamilacan waters can see pods of dolphins especially the spinner.

Dolphin watchers can see them perform spins in the air and energetic jumps in the seas.

In 2012, the “Dolphin Festival” was held in Tagbilaran City.

According to the Red List of the International Union for Conservation of Nature, the spinner dolphin is subject to threats in the wild.