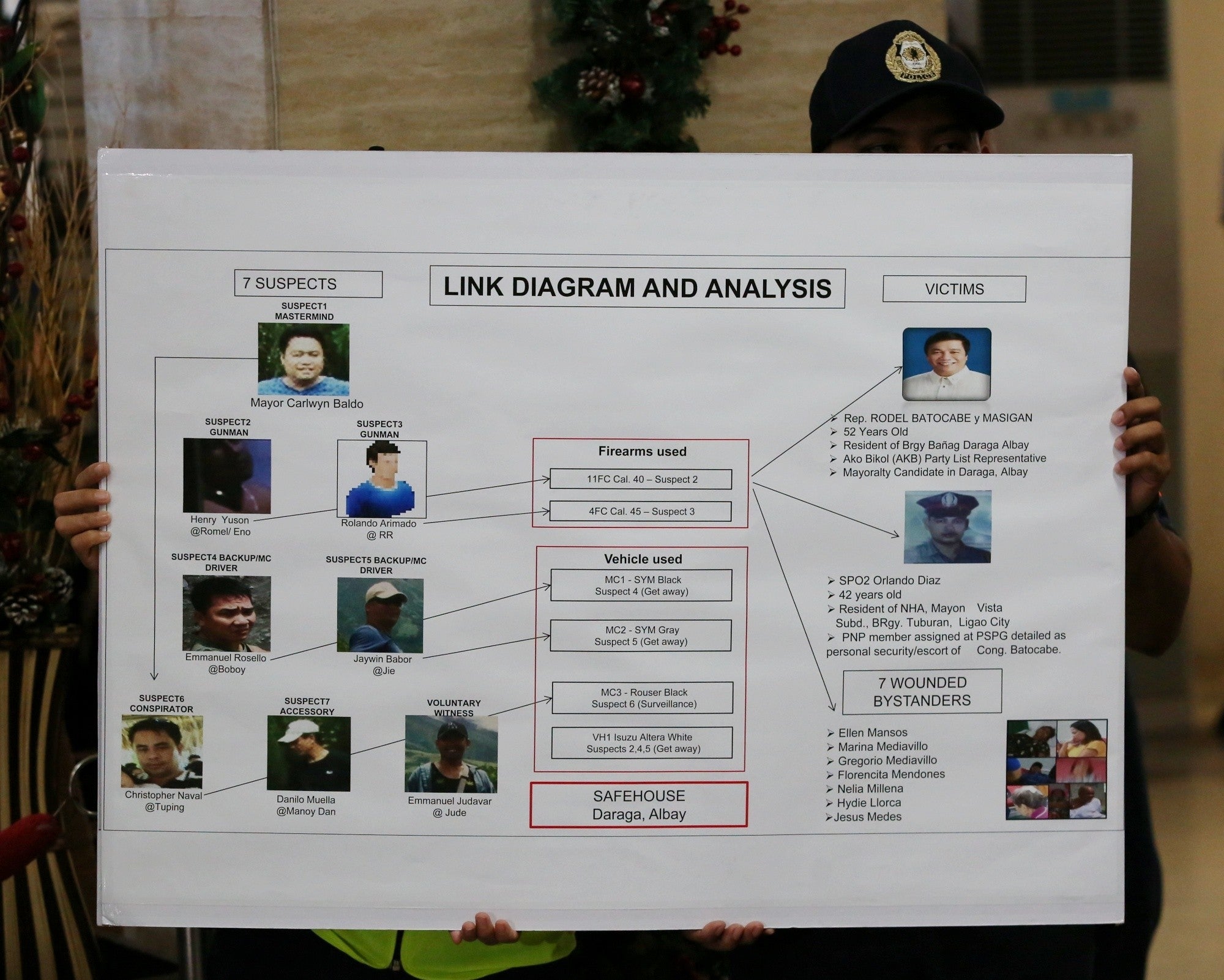 MANILA, Philippines — The alleged main gunman in the killing of AKO Bicol Rep. Rodel Batocabe has surrendered to authorities.

Yuson is now in the custody of the Albay provincial police director and the director of the CIDG Bicol, Corpus said.

Police said Yuson is the alleged main gunman who shot and killed Batocabe with a caliber .40 pistol.

Batocabe and his police escort SPO2 Orlando Diaz were killed at a gift-giving event in Albay on December 22.

Yuson was among seven suspects who were allegedly hired by Baldo to kill Batocabe.