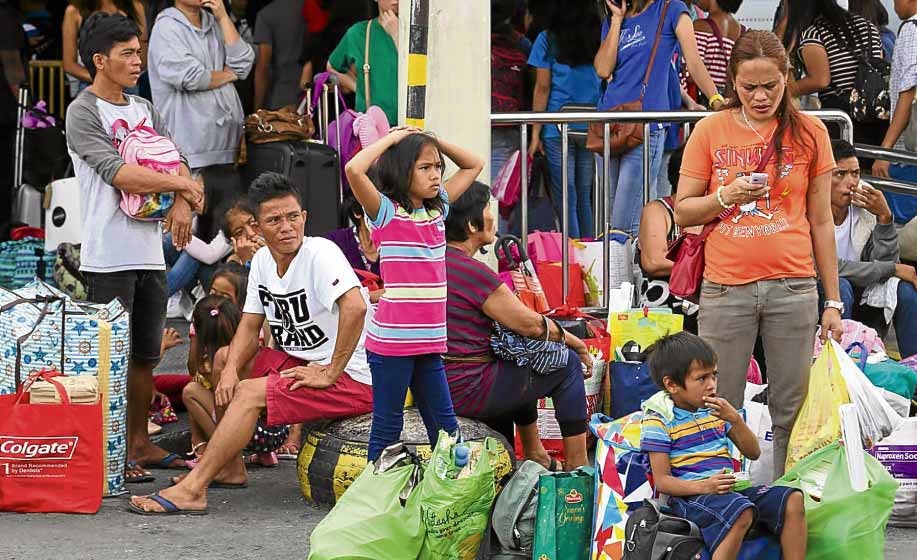 The death toll from Tropical Depression “Usman,” which weakened into a low pressure area, has risen further, breaching the 100 mark.

The National Disaster Risk Reduction and Management Council (NDRRMC) said the number of fatalities was now 122.

On Thursday, the NDRRMC said a team was validating reports about the deaths caused by landslides and floods brought by Usman.

According to reports from the NDRRMC, 105 of the deaths were in the Bicol region, 13 in Eastern Visayas, three in Mimaropa and one in Calabarzon.

According to reports from the Bicol Office of Civil Defense (OCD), at least 57 of the dead were from Camarines Sur province mostly from a landslide in the town of Sagñay.

At least 18 of the dead were from Albay, 15 from Camarines Norte, eight from Sorsogon and seven from Masbate.

Of the 23 missing people, 20 were from Camarines Sur and three from Tiwi, Albay.

The Bicol OCD also said the flooding and landslides displaced nearly 31,000 people, who sought shelter in six evacuation centers in the region.

Damage to agriculture in Bicol and Eastern Visayas was estimated at P528.5 million.

Worst hit in the Bicol region was Camarines Sur.

A state of calamity has been declared in the provinces of Albay, Sorsogon and Oriental Mindoro and Calapan City.

A similar declaration was made in Bulan town in Sorsogon as well as the municipalities of Baco, Naujan, Socorro, Pola, Pinamalayan, Bansud and Bongabong in Oriental Mindoro.

President Duterte will travel to Camarines Sur on Friday to check on communities worst hit by Usman, according to his spokesperson, Salvador Panelo, on Thursday.

“We will check so we can know what else we can do,” Panelo told reporters.

Panelo said the President would attend a briefing in Pili, Camarines Sur.

The President, Panelo added, will give all forms of assistance needed by families hit by Usman.

Duterte, Panelo said, was sad about the calamity and that the government did everything to prepare for Usman.

“But there are things you cannot control because there will always come a time when tragedy strikes,” he said.

The Department of Agriculture (DA) has a different figure on damage to agriculture—P800 million.

But the DA said at least 40,075 hectares of agricultural lands were either damaged or destroyed in the provinces of Albay, Camarines Sur, Catanduanes, Sorsogon, Northern Samar and Samar.

At least 36,902 farmers and fishermen were likely to lose income.

The total value of agricultural damage was expected to increase further.

Usman, while considered weak by the state weather bureau, brought heavy rainfall not only to Bicol and Eastern Visayas, but to the regions of Calabarzon, Mimaropa and some provinces in Mindanao.

To aid survivors, the National Food Authority (NFA) released more than 6,000 bags of rice mostly for distribution in Bicol.

In an interview, Vice President Leni Robredo, a Bicolana, on Thursday appealed for more help for survivors.

“Some of them barely even have any idea how to go on with their lives,” she told reporters in Buhi town, Camarines Sur.

She said residents, though, need more than relief packs. “What these communities need is help for their rehabilitation phase,” she added. —WITH REPORTS FROM KARL R. OCAMPO, CHRISTINE O. AVENDAÑO AND MELVIN GASCON