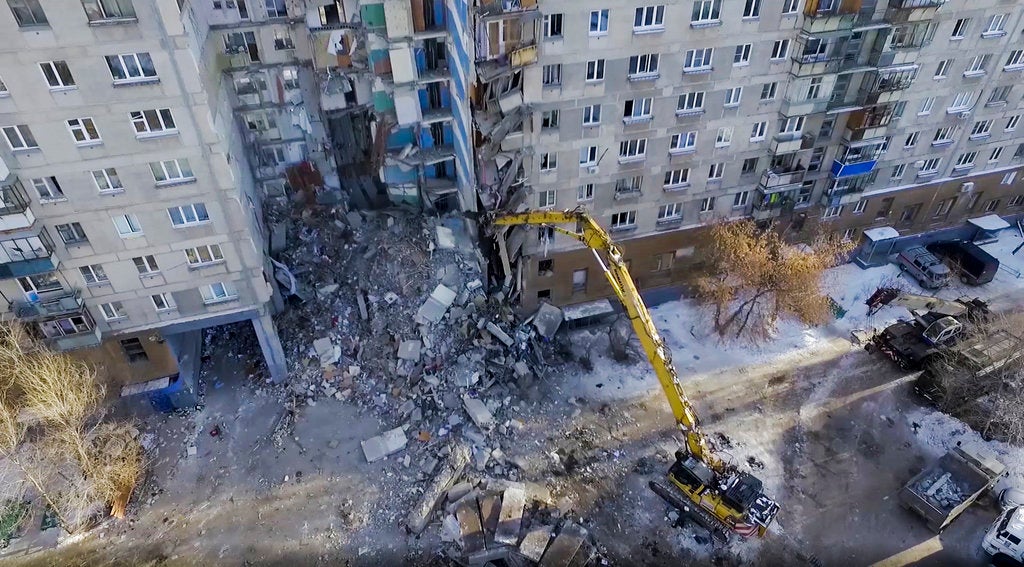 MOSCOW — The death toll from the collapse of a Russian apartment building has risen to 37 after more bodies were discovered by crews searching the huge pile of concrete rubble.

State news agency Tass cited an emergencies ministry official on Thursday as saying four people who lived in the collapsed section of the building in Magnitogorsk remain unaccounted for.

The collapse on Monday followed an explosion that officials said likely was caused by a gas leak.

An 11-month-old boy was extracted from the wreckage alive on Tuesday and was flown to Moscow for treatment of injuries including frostbite. Nighttime temperatures in the city 1,400 kilometers (870 miles) southeast of Moscow have fallen to about minus 20 degrees Celsius (minus 4 Fahrenheit). /kga