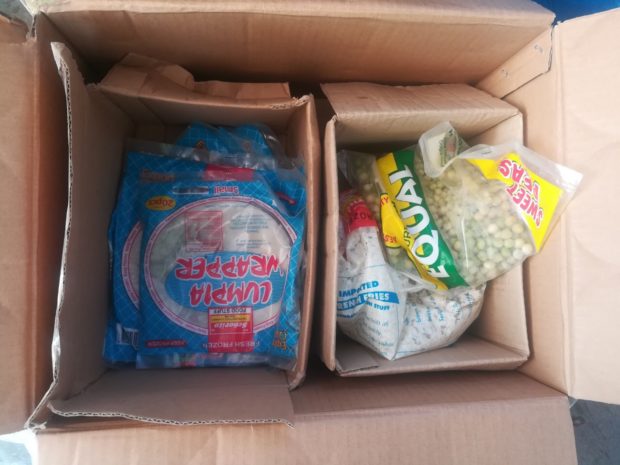 An abandoned box was found by the police in a footbridge along Aurora Boulevard corner Edsa in Quezon City on January 2, 2019. PHOTO from Cubao Police Station

MANILA, Philippines — An abandoned box was found by authorities in a footbridge along Aurora Boulevard corner Edsa in Quezon City on Wednesday.

Supt. Giovanni Hycenth Caliao, station commander of Cubao Police Station, told INQUIRER.net that the box was found past 3 p.m. as operatives of the Explosive Ordnance Disposal of the Quezon City Police District were patrolling the area.

Police later found that the box only contained lumpia wrappers and a pack of green peas.

Caliao said the box cannot be considered a bomb scare and that it did not cause alarm among passersby and was immediately responded to by the police. /ee