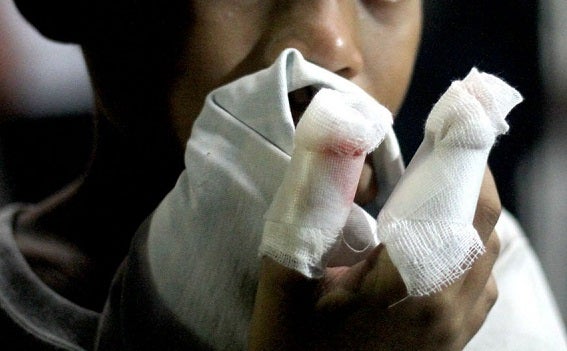 MANILA, Philippines – The Department of Health (DOH) said it recorded 98 firecracker-related injuries over the New Year, bringing the total to 236 cases reported from Dec. 21 to Jan. 2 for a 52 percent drop from figures a year ago.

In its Fireworks-Related Injury (FWRI) Surveillance report, the DOH said the 98 were hurt by firecrackers from Jan. 1 to early morning Jan. 2.

DOH said that of the 236 victims, 187 were male. Those affected were between the ages of two to 75 years old, with a median age of 16 years old.

The health agency noted that 140 of the firecracker-related injuries were caused by legal fireworks. A total of 234 victims were hurt by firecrackers while two cases were due to “fireworks ingestion.”