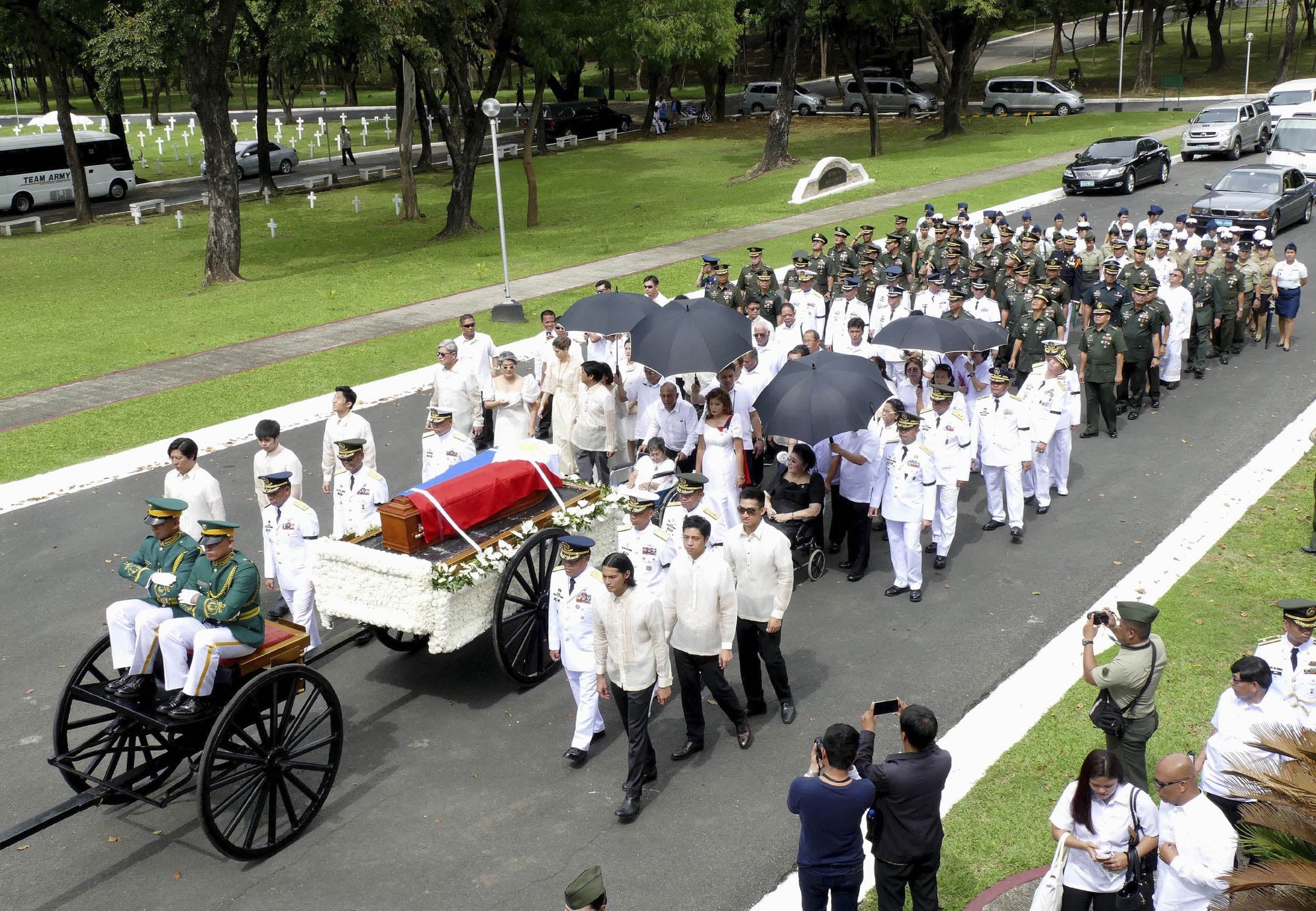 They took their rage from computer keyboards to the streets.

Nov. 18, 2016, the day when the public was blindsided by the sneakily staged state burial given strongman President Ferdinand Marcos at Libingan ng Mga Bayani (Heroes’ Cemetery), was also the day Filipino millennials redeemed themselves.

“When news broke out that morning, it took us only four hours to mobilize some 5,000 students from the University of the Philippines Diliman campus and other universities to denounce the burial,” recalls Isaac Punzalan, 21, the lead convener of UP Rises Against Tyranny and Dictatorship.

It was the same kind of resistance that Francis Gealogo, 52, history professor and member of the Campaign Against the Return of the Marcoses to Malacañang (Carmma), saw in his generation that fueled the 1986 Edsa People Power Revolution that toppled the Marcos dictatorship.

Despite the youth’s vulnerability to misinformation, millennials should be credited for leading the protest movement at the height of the Marcos burial controversy, he says.

“I don’t think there’s a gap to be filled [between young and old generations],” Gealogo adds. “But how these two different generations advance the real historical truth—that’s the challenge.”

At the core of this challenge is the memorialization of the past to make sure it is recognized, remembered and respected, he says. While this may require a multisectoral approach, the most basic way—through the school curricula and textbooks—seems to fall short of expectations.

Today’s youth know very little about the dark years of martial law because of changes under the K-12 Basic Education Curriculum, according to educator Antonio Calipjo Go, who for years has been scrutinizing public school textbooks for erroneous content, specifically on how martial law was being discussed in school.

Go notes that “selective amnesia” seems to be a feature of the Department of Education’s (DepEd) new curriculum guide, a crucial omission that almost allowed Ferdinand “Bongbong” Marcos Jr. to win the 2016 vice presidential race, “because the bulk of his supporters were millennials with little or no sense of history whatsoever.”

DepEd officials admit that they lack resource materials to extensively examine martial law in the Philippines, though they insist that the department denounces all forms of historical revisionism that attempt to distort the nation’s collective memory.

Rosalie Masilang of the DepEd’s Curriculum Standards Division says martial law and the Marcos dictatorship are being studied as part of Araling Panlipunan or social studies in Grade 6.

In high school, specifically Grade 7, she adds, martial law concepts are integrated in the discussion of Southeast Asia’s political landscape which highlights the rise of authoritarian leaders like Indonesia’s Soekarno and Soeharto, Singapore’s Lee Kwan Yew, and Marcos.

Lessons in Grade 8 include an examination of martial law in the socioeconomic and geopolitical context, while Grade 10 students learn about good governance and responsible citizenship, Masilang adds.

“But there’s a limit to what we can teach inside the classroom, especially since we are trying to decongest the basic curriculum to include other significant topics in Philippine history and not only martial law,” the DepEd official admits.

Masilang knows only too well the importance of historical context when teaching concepts like authoritarianism and dictatorship. “I would often hear my grandfather say that the Philippines was great during the time of Marcos,” says Masilang, who was only 7 years old when martial law was declared in 1972 but found herself joining the call for Marcos’ ouster on Edsa in 1986.

“As a teacher, I would ask my students to interview people who have lived through martial law,” she says. “The goal is to make them realize the value of democracy as future leaders of the country.”

Even with a P1.5-million (about $28,500) grant from the National Historical Commission of the Philippines for DepEd to update its curriculum guide in 2019 to include the discussion of firsthand accounts of martial law victims and other stakeholders, it’s still a challenging task, says Gealogo.

“We have to contend with open-source information that can easily be accessed (on the internet) and consumed as biblical truth,” he points out. “We have to educate and teach the general population to be more critical in looking at the facts and accepting the interpretations given them.”

He adds: “Societies confront their negative authoritarian past differently. But how do we memorialize it? It should not only be through the printed word but through public spaces and public institutions.”

Gealogo cites Cambodia, which confronted the bloody reign of the Khmer Rouge by establishing the Tuol Sleng Genocide Museum in Phnom Penh in what used to be a high-security prison, and contrasted it with the Marcos Museum and Mausoleum in Batac, Ilocos Norte. With its carefully curated memorabilia of the late president, the museum is a virtual shrine to an individual as hero.

Meanwhile, in a quiet nook in Quezon City, the Bantayog ng mga Bayani (Monument of Heroes) stands as the only memorial dedicated to people who risked life and liberty to resist the dictatorship.

Says Gealogo: “What the Bantayog did is a great reminder of the martyrs in history, but how many Filipinos know that it exists, that it has a library, and an entire collection of archival documents open to the public?”

Not to mention, a Wikipedian in Residence—Red de Leon of the Wiki Society of the Philippines—whose work includes digitizing portions of its library and improving coverage of topics related to the Marcos regime.

For student leaders like Punzalan, the challenge for the youth has always been how to translate dissent into ground work.

“Trolls can only do so much,” he says. “Their strength lies in a limited space online. “But by mobilizing people on the ground, we can show them that there are actual warm bodies expressing their dissent in the streets—and not just on social media.”

(Editor’s Note: This report was produced with a grant received for the Southeast Asian Press Alliance 2018 Journalism Fellowship Program from the Office of the United Nations High Commissioner for Human Rights (OHCHR). The views expressed here can in no way be taken to reflect the official opinion of the OHCHR.)