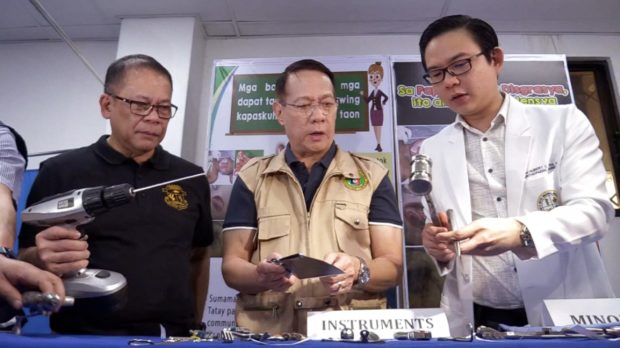 MANILA, Philippines — Health Secretary Francisco Duque reiterated his warnings against the use of firecrackers as the New Year draws closer.

Duque said the decrease in fireworks-related injuries can be credited to the President’s Executive Order (EO) No. 28.

“Tingin ko pinakamalaking dahilan kung bakit ito ay bumaba, na EO 28 na ipinagbabawal ang (I think the primary reason for the decrease is EO 28, which prohibits) residential and personal use of fireworks and other pyrotechnic devices and instead encourage […] community fireworks display,” he said.

He also said that reminding the public of the dangers of firecrackers helped the Department of Health (DOH) in its campaign against the use of firecrackers.