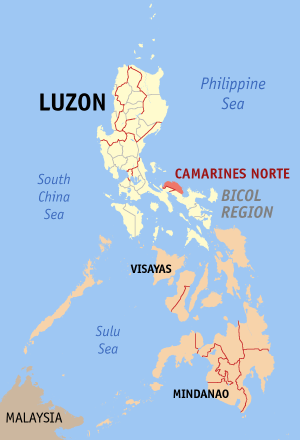 MANILA, Philippines —The Provincial Disaster Risk Reduction and Management Council (PDRRMC) of Camarines Norte on Monday approved the recommendation placing the province under state of calamity due to the recent onslaught of Tropical Depression “Usman.”

As of Sunday night, 57 bodies have so far been recovered in the Bicol Region in the aftermath of Usman. Six of them were found in Camarines Norte, the Office of the Civil Defense (OCD) said.

Most of the fatalities were from Camarines Sur province where 23 have been confirmed dead. /cbb

Read Next
3 men jump off truck before it plunges down 90-foot cliff
EDITORS' PICK
House energy committee chair Arroyo bats for cheap electricity
23,000 cops to be deployed nationwide for school reopening
DOH says COVID-19 cases plateauing, but public shouldn’t be ‘complacent’
Unleash the photographer in you this World Photography Day with vivo smartphones
What to watch out for when selecting a video surveillance solution
Look Through: The fate of impounded stray dogs
MOST READ
Korina Sanchez reunites with former ABS-CBN co-anchors Julius Babao, Cheryl Cosim
Solons file resolutions seeking probe on ABS-CBN, TV5 merger
Sharon Cuneta asks for prayers for friend in ICU who suffered silent stroke
NATO ready to step up forces if Serbia-Kosovo tensions escalate
Don't miss out on the latest news and information.