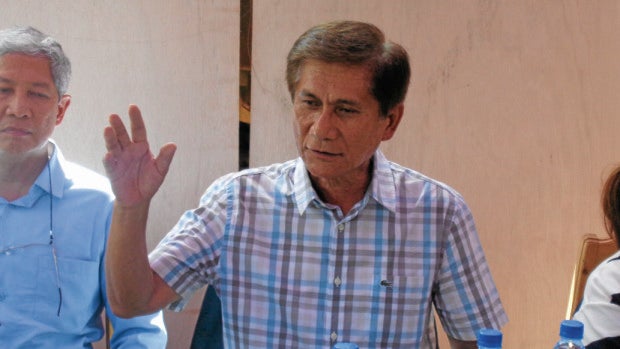 The Department of Environment and Natural Resources (DENR) remains firm on its order to stop Okada Manila’s holding of a world-record attempt to drop the largest number of balloons during the New Year’s Eve countdown organized by the Cove Manila.

Environment Secretary Roy Cimatu said the department’s decision to halt the event came after realizing that the Cove Manila will be attempting to drop about 130,000 pieces of balloons in a single event on Dec. 31, which could be an environmental disaster waiting to happen.

Through the order of Cimatu, DENR regional executive director for Metro Manila Jaqueline Caancan and several DENR personnel went to Okada Manila in Paranaque City to conduct ocular inspection and inform the organizers to abide by the environmental law or else face the consequences.

In a phone interview with INQUIRER.net, Undersecretary Benny Antiporda, DENR spokesperson, said the department is discouraging the organizers from proceeding with the record attempt, citing the negative impact on the environment.

“As far as the DENR is concerned, our decision to stop the event stays, and it’s up to them [Cove Manila and the management of Okada Manila] to take that risk. It is not a good precedent because others may follow by merely putting ‘recycling’ as an excuse of producing huge waste. This event is perceived a hazard to the environment, more so to the ocean wildlife when some of these environmental wastes end up in the nearby Manila Bay,” Antiporda said.

The Solid Waste Management office of Antiporda has been authorized by Cimatu to make sure that not a single balloon will be dropped for that New Year’s countdown event, saying there are other environment-friendly ways to welcome the New Year.

The management of Okada Manila, meanwhile, explained that the organizers have decided to conduct the event indoor to have full control of the balloons that will be dropped for the event.

In a letter to the DENR, Okada president Kenji Sugiyama said that the organizers will be imposing a new set of guidelines to meet the environmental laws set by the DENR.

Sugiyama added that the new set of guidelines include the use of biodegradable latex material and no helium will be used to inflate those balloons.

He said guests and participants are also not allowed to take any balloons with them when they leave the event site.

The organizers also talked with the recycling group Ecobricks Philippines for the recycle of the balloons into useful materials like ecobricks.

“Immediately after the event, the balloons will be collected and temporarily stored in a secure facility within Okada Manila premises and will be later delivered to Ecobricks Philippines, an organization that advocates recycling and sound waste management,” Sugiyama explained.

Antiporda, however, said if the organizers will proceed with the event, let them take the risk and face the full force of the law once they committed the violation, “since the commission of the violation is after the fact.”