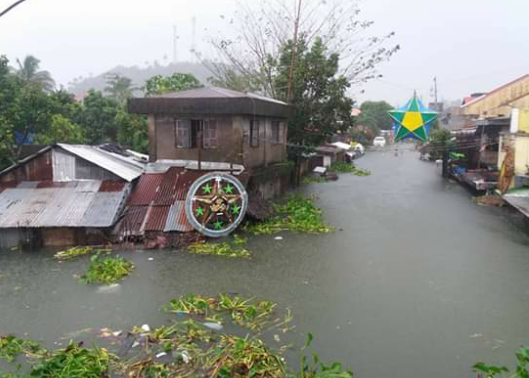 Houses in the town of Buhi in Camarines Sur lay submerged in flood caused by days of moderate to heavy rain spawned by Tropical Depression ‘Usman.’ PHOTO BY BUHI MUNICIPAL POLICE

LEGAZPI CITY — Victims of landslides and flooding in Bicol rose to 16 as reports start coming in from the six provincial disaster councils on the effects of Tropical Depression “Usman,” the Office of Civil Defense (OCD) in Bicol said Sunday.

In Sorsogon, four people died when they were hit by a landslide in Sorsogon City and Bulan town.

In Albay, three people, including a three-year-old boy, died when rain soaked soil and debris collapsed and buried them in Barangay (village) San Francisco in Legazpi City.

In Camarines Sur, a father and son were buried alive when a landslide struck their house in Barangay Guibahoy in Lagonoy town.

Reports say the fatalities in Masbate drowned in floods triggered by a heavy downpour that fell minutes after the tropical cyclone warning signal was lifted by the weather bureau on Saturday morning.

The flooding also forced 61 families, or 259 individuals, to evacuate in the towns of San Jacinto, Mobo, Palanas, Uson, San Fernando and Masbate City.

The OCD said Susana Celesti, 46, and siblings Minang Macahilig, 11, and Rosana, 9, all of Barangay (village) Nonoc in Claveria town, drowned while sailing in a small motor banca from Balatan town in Camarines Sur province going to their home in San Pascual town in Burias Island in Masbate.

In Mobo, Juan Francisco, 44, of Barangay Marintoc and Teresita Fapiliajera, 53, of Barangay Mandali were killed by raging flood that submerged several villages in the town.

Jun Nerza, 50, of Barangay Dacu died when a tree fell on him. 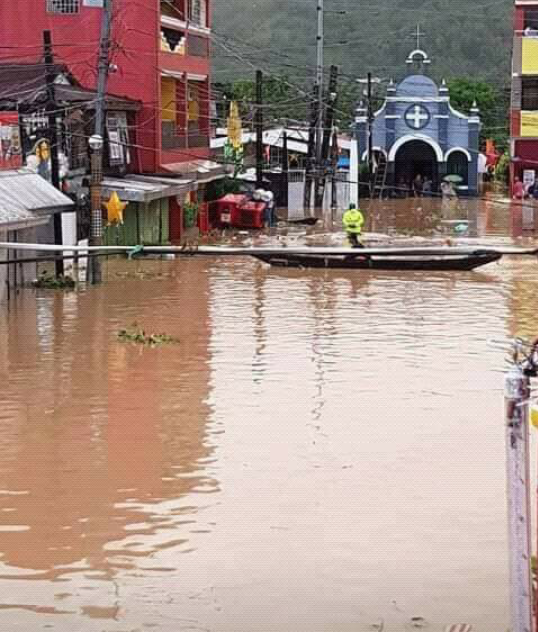 Much of the town of Buhi in Camarines Sur is affected by flood brought by Tropical Depression “Usman.” BUHI MUNICIPAL POLICE