Silence an enabler of bullies, says bishop bullied by Duterte 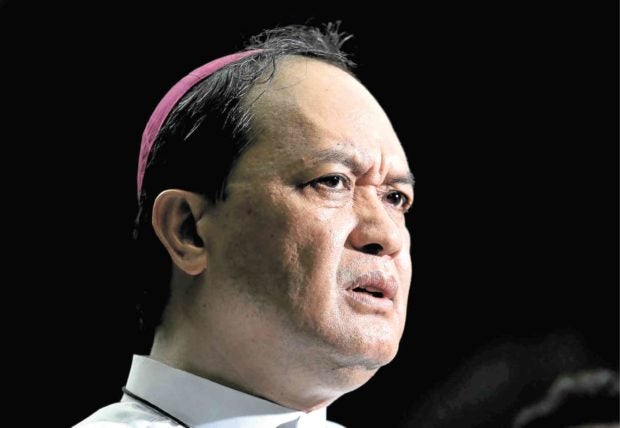 Stand up for what is right, true and proper, Caloocan Bishop Pablo Virgilio David urged the public, referring to the recent bullying incident at the Ateneo de Manila University junior high school that was videotaped and made the rounds on social media.

“It is not right for us to just watch situations of bullying. In the viral video, we saw that there were students who stepped aside or went out because they do not want to get involved,” David said in Filipino over Radio Veritas.

“That is becoming the norm now—the lack of concern, being a fence-sitter as if it does not involve us,” he added.

David, who is the vice president of the Catholic Bishops’ Conference of the Philippines and an outspoken critic of the administration’s brutal war on drugs, was himself the subject of bullying when President Duterte publicly called him out for allegedly pocketing church donations and being involved in the drug trade.

‘As if nothing is happening’

“It is important that we stand up for what is right, true and proper. We should never give that up. If we allow ourselves to give in to fear, we would end up remaining silent, watching still as if nothing’s happening even if we are already being abused,” he said.

It is one’s silence and refusal to get involved that allow bullies to thrive, David added.

The video of the bullying incident in one of the country’s premier universities showed a male high school student hitting and kicking another while their schoolmates watched passively. The bully has since been ordered dismissed from the school.

The prelate expressed dismay that at such a young age, a student could be so violent toward another who was clearly defenseless.

“It is very frustrating that some of our youth today are picking on those who they think are weak and can be taken advantage of. That is not right,” David said.

A day after the video went viral, the Department of Education (DepEd) reminded schools to enforce the country’s antibullying policy, even as the agency encouraged students to report bullying incidents to parents, teachers and other appropriate authorities, adding that such information will be treated confidentially.

The Anti-Bullying Act of 2013 requires all public and private schools to submit a copy of their child protection or antibullying policy to the DepEd division office, as well as their “comprehensive, multifaceted” bullying prevention programs that should include “counseling, life skills training, education and other activities meant to enhance the psychological, emotional, and psychosocial well-being” of affected parties.

A 2017 study by Margaret Sanapo from the Ritsumeikan University in Japan, showed that up to 40.6 percent of 340 sixth-graders in five different schools in Western Visayas had experienced bullying, while 23.8 percent had indulged in bullying. —WITH A REPORT FROM INQUIRER RESEARCH (SOURCES: DEPED, OFFICIAL GAZETTE, INQUIRER ARCHIVES)