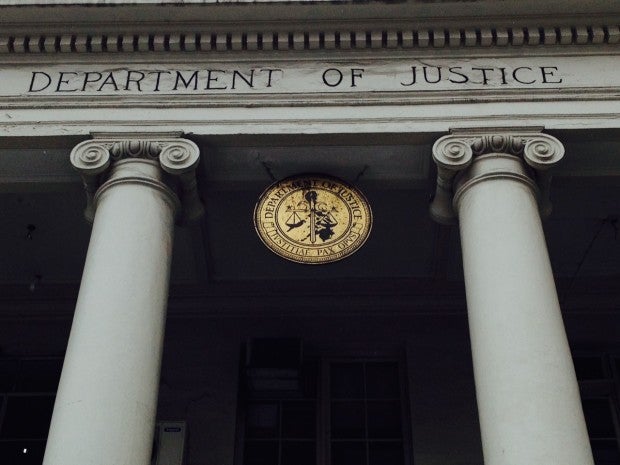 The Department of Justice (DOJ) has asked the Olongapo City Regional Trial Court to reconsider its December 14 decision acquitting four Chinese nationals on board the so-called “floating shabu laboratory” from charges of manufacturing dangerous drugs.

DOJ Prosecutors earlier expressed apprehension that the court ruling could be used by other arrested suspects to get away from the law.

The court said the four accused were acquitted despite the discovery of a hydrogenator on the vessel, which according to a chemist from the Philippine Drug Enforcement Agency (PDEA) was used solely for shabu manufacturing.

The court said the machine was “non-functional” when authorities raided the vessel.

Berango said what was seen inside the vessel was enough to conclude that it was a clandestine laboratory based on the guideline under PDEA Memorandum Circular 2016-019.

She said the hydrogenator was not functioning at that time because a hydrogen gas tank was needed but noted that there was a power supply where it was located.

Under the Comprehensive Dangerous Drugs Act, the presence of any controlled precursor and essential chemicals or laboratory equipment is prima facie proof of manufacture of any dangerous drug.

Aside from the equipment, the prosecutors pointed out that authorities have seized the finished products of shabu during the raid.

“The People disagree with the acquittal of the four accused of manufacture of dangerous drugs…The fact that a piece of laboratory equipment such as the hydrogenator plus a freezer and a rice cooker coupled by the fact that a finished product or shabu was found inside the boat was unrebutted and was not contradicted by the defense,” the DOJ said in its partial motion for reconsideration filed Friday.

The DOJ said the court has no scientific or chemical expertise to ignore or overturn the conclusion of experts from PDEA.

“All it had to do was to receive and juxtapose Berango’s chemical expertise with that of other prosecution and defense evidence. But worse, the court substituted its own lack of scientific expertise for the PDEA’s expert conclusion,” the DOJ said.

“The Honorable Court must know that the law does not require that the laboratory equipment found in the clandestine laboratory must be optional. The found accused who were arrested on board and made it appear that the boat was a fishing vessel with legitimate business operations and concealed its actual purpose as a clandestine laboratory should be held liable for conspiring and confederating with one another to manufacture dangerous drugs,” further read the motion./ac