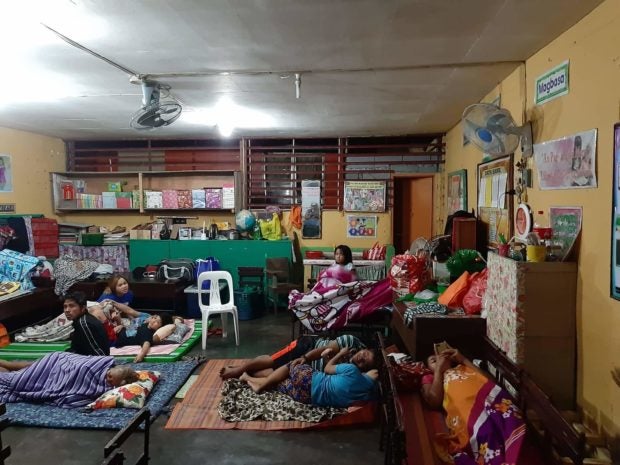 Teresita Alcantara III, chief of the MDRRMC, said the residents of Barangays Tandarora, Muladbucad Grande and Maninila were asked to leave their homes and stay at the public elementary schools in the town proper for their safety.

“We executed the preemptive evacuation to protect the villagers from flash floods and lahar flow coming from Mayon Volcano,” she said.

Decampment would be ordered as soon as the weather condition improved, she added.

He said a landslide was also reported in Barangay Macalaya, Jose Panganiban town in Camarines Norte.

Floodings were also reported in Barangay Mauyod in Legazpi City and in Barangay Binitayan in Daraga town. /jpv