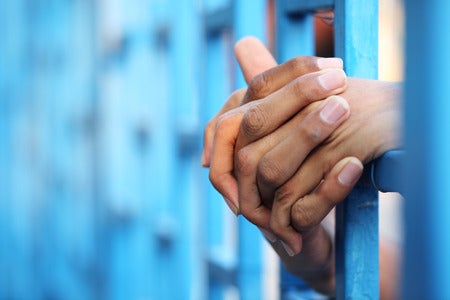 CEBU CITY, Philippines – A 61-year-old priest in Mandaue City was put behind bars for allegedly hurting the 15-year-old daughter of the convent’s cook on Wednesday afternoon.

The incident allegedly stemmed from the girl’s failure to feed the priest’s pet, a Labrador.

Rev. Fr. Decoroso Olmilla, parish priest of The Nativity of Mary Parish in Barangay Canduman, was arrested by personnel of Mandaue City Police Station 6 after he allegedly hit the girl’s butt with a box and kicked her.

“The child went around the neighborhood asking for Christmas presents. The priest was looking for her because the dog had not been fed yet. When she arrived at the convent at about 6 p.m., the priest reprimanded her and brought her to his office where cussed at her and hit her,” Formentera told reporters in Cebuano.

The child and her 44-year-old mother, Marcella Rico, live at the convent.

After the incident, Formentera said the girl sought help from their neighbors, who in turn called the police who arrested Olmilla at about 7 p.m. Wednesday.

Olmilla is currently detained at the Canduman Police Station pending the filing of charges for violation of RA 7610 or the Special Protection of Children Against Abuse, Exploitation and Discrimination Act.

The child has been brought to Vicente Sotto Memorial Medical Center for medical examination. Formentera said Rico was firm on her decision to file a case against the priest.

According to Formentera, the mother confided that it was not the first time that the priest hurt her daughter.

“Sige na, dili kay karon lang. Duklon na niya ang bata (It has been going on for a long time. He hits the child on the head),” Formentera said.

Olmilla refused to give any statement to media on Thursday morning. However, Formentera said the priest admitted to the police of having hit the child after his arrest.

Monsignor Joseph Tan, spokesperson of the Archdiocese of Cebu, said he visited Olmilla in his detention cell on Thursday afternoon.

“I am not familiar with the circumstance of the case because we did not speak about that. However, the Archdiocese respects our system of justice. The Archdiocese will abide by the legal measures that may come up,” Tan said in a separate interview.

Tan also said that Olmilla will have to provide for his legal needs for the case since the matter was “personal.”

“Normally siya ang mag-provide ana but the Archdiocese is willing to help if he will ask for it,” Tan said.

Tan said Olmilla had not sought any legal aid since no charges had been filed against him before the court. /cbb