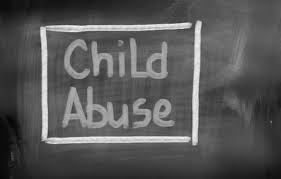 MANILA, Philippines — A man tied his four-year-old son upside down on a window of their house in Sta. Rosa, Laguna, then punched the boy repeatedly while taking a video of the abuse to force his wife to come home.

On Wednesday, a netizen posted on Facebook a video of the incident, which has been watched over 1.8 million times and shared over 200,000 times as of this posting.

In the video, the man can be heard asking his son if the boy was happy with what his mother did, apparently referring to her leaving home to go back to her province in Iloilo.

The man hit the child on the face then later punched him on different parts of his body when he did not respond.

Supt. Eugene Orate, chief of Sta. Rosa police, told INQUIRER.net in a phone interview that his men arrested the man at about 11:30 a.m. on Thursday. The man is now at the custody of the Sta. Rosa Police Station.

He said the man, who would undergo a drug test, faces charges for violating the child abuse law.

Orate said an investigation showed that the incident took place on December 18 after which the man sent a video of the abuse to a social media account of his wife on Christmas Day to force her to go home.

The official said the couple appeared to have a misunderstanding which led the wife to go to Iloilo on December 13.

Senior Supt. Eleazar Matta, Laguna police chief, also said the child, who sustained bruises, had been taken to the Department of Social Welfare and Development and would undergo medical examination.

The mother is also set to go back to Laguna, according to Orate. /cbb