More areas under Signal No. 1 due to Tropical Depression ‘Usman’ 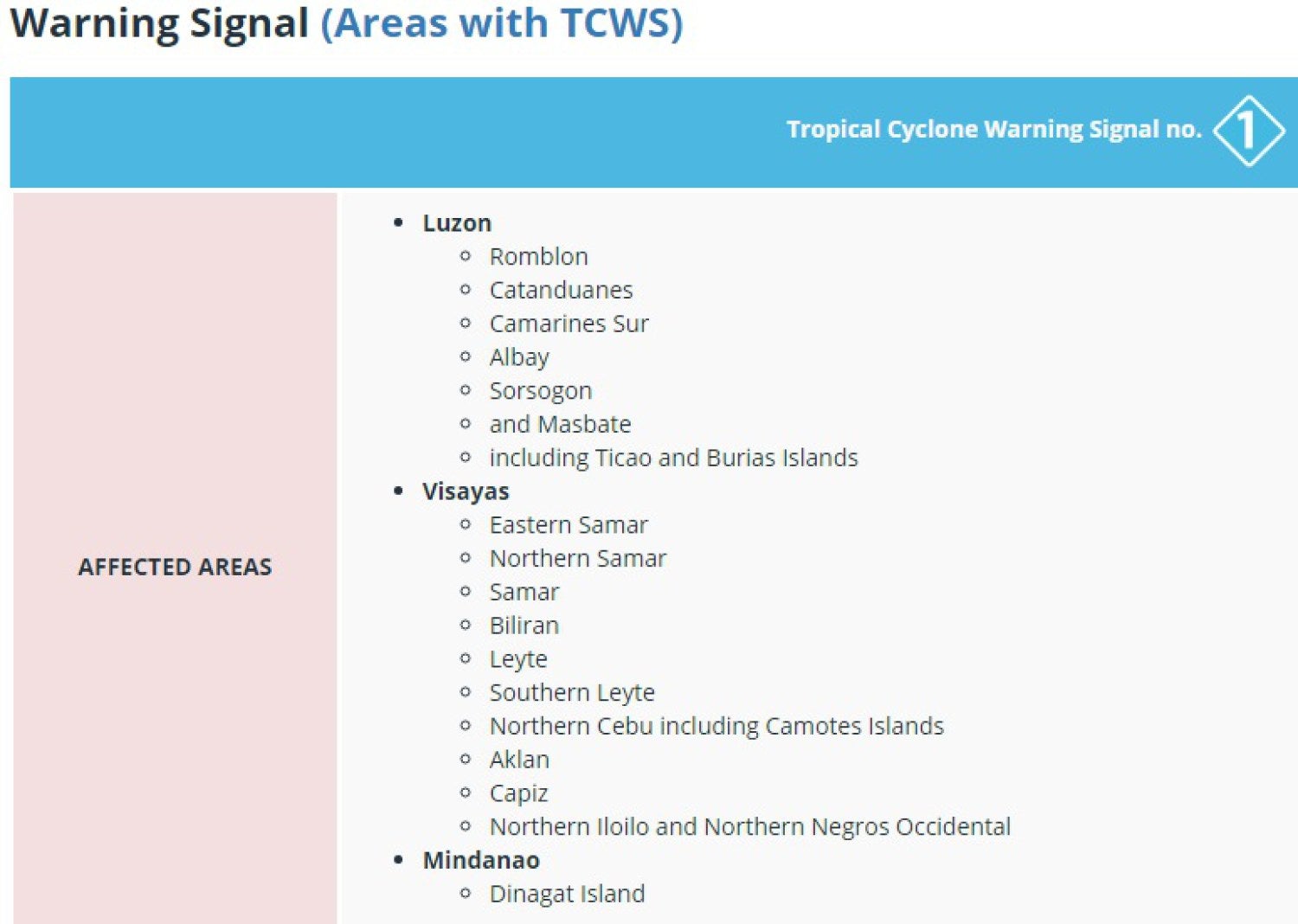 In its 11 a.m. update, the Philippine Atmospheric, Geophysical and Astronomical Services Administration (Pagasa) added Romblon, Catanduanes, Camarines Sur, and Albay and Burias island in Masbate in areas under Signal No. 1 in Luzon.

Meanwhile, in the Visayas, those included were Aklan, Northern Iloilo and Northern Negros Occidental.

Pagasa said the same storm signals might also be raised over Camarines Norte, southern Quezon, Marinduque, southern Oriental Mindoro, Antique, and the rest of Iloilo and Guimaras later on Thursday.

The weather bureau initially placed 11 areas under Signal No. 1, making a total of 18 areas under the storm signal.

Possible disruption of maritime travel is expected over these areas, Pagasa said.

Moderate to heavy rains, which may trigger flooding and landslides, are expected to affect Bicol Region, Eastern Visayas and Dinagat Islands on Thursday.

Pagasa said Usman could intensify into a tropical storm ahead of its expected landfall over Eastern Samar on Friday.

The weather bureau advised fisherfolks and those with small seacraft not to venture out over the seaboards of areas under Signal No. 1 as well northern and western seaboards of Northern Luzon and the eastern seaboard of Surigao Provinces due to Usman and the surge of the northeast monsoon.

It packs maximum sustained winds of 55 kilometers per hour (kph) and gusts of up to 65 kph. It was moving west-northwest at 15 kph.