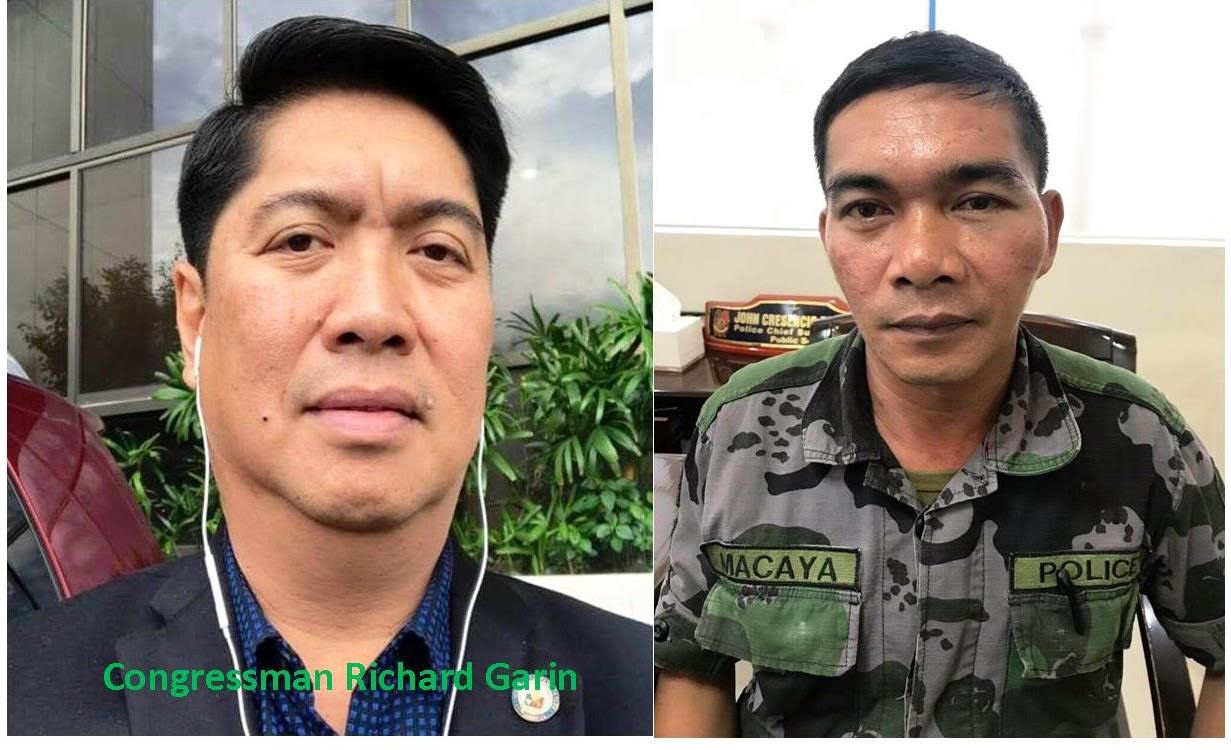 Bulalacao further said he would request for the cancellation of Mayor Garin’s control over local police.

“I will relieve the COP (chief of police) for not taking action to help his personnel and we will file charges for physical injuries, alarm and scandal, direct assault against an agent of person in authority and grave coercion against Congressman Richard Garin and grave threat against Mayor Oscar Garin,” Bulalacao said in a statement.

This remark of the PNP-Region 6 chief stemmed from an incident last Saturday, when the father-and-son allegedly summoned PO3 Federico Macaya of the Guimbal Municipal Police Station to the Guimbal Public Plaza located along Rizal Street.

The Garins allegedly disarmed the police officer, conducted a body search on him, handcuffed him, seized his belongings, and while being held at gunpoint, purportedly hit him.

“I have already ordered the recall of their police escorts when I learned of this incident this morning.  I will also request for the cancelation of the Mayor’s deputation over the PNP,” Bulalacao said.

“Most of the members of Guimbal PNP have requested for their transfer out of Guimbal […]  I told Cong. Garin that I’m taking this incident as an affront to me. I will not let this pass without taking action against them,” he also said.

In a statement mostly in Hiligaynon, Garin, a scion of the Garin political clan based in Guimbal town in Iloilo, did not specify what he was apologizing for but said that he was “sincerely” asking for apology.

Tayaba also later issued another order relieving the rest of the town’s 29-member police force “after majority signified that they do not want to be assigned in Guimbal.”

The lawmaker apparently was irked after Macaya failed to file criminal complaints against one of the parties involved in an altercation in the town on December 22.

Rep. Garin who was also armed, his father, and several bodyguards asked Monreal to summon Macaya near the public plaza.

When Macaya arrived, Garin allegedly accosted him, took a pair of handcuffs from the policeman, handcuffed and ordered him to bend and place one of his legs between his arms before beating up and spitting at the policeman, according to Tayaba.

Macaya suffered a bruised eye, inflamed face, and a minor cut in the face due to the beating.

The Garin clan has ruled the first congressional district of Iloilo for decades.

Rep. Garin’s wife, former Health Secretary Janette Garin, is running to replace him in the May 2019 elections.

His mother is mayor of San Joaquin town while his younger sister Christine is vice governor of Iloilo. Another sister, Sharon, is representative of the AAMBIS-OWWA partylist group. With a report from Gabriel Pabico Lalu, INQUIRER.net. /kga