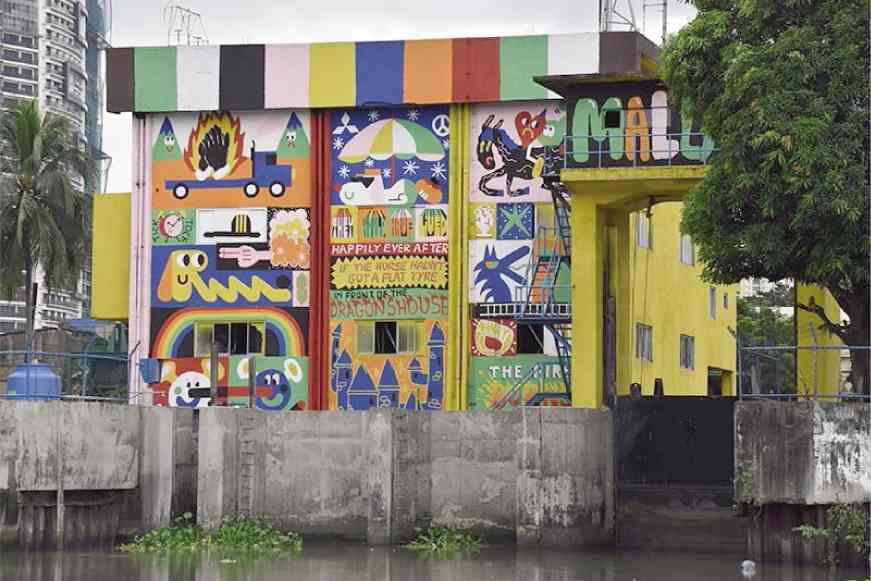 FROM DRAB TO FAB Following the transformation of its pumping stations into works of art, the MMDA wants the retaining walls along Pasig River to become the next canvases of local and foreign artists. —PHOTO courtesy of MMDA

After painting its pumping stations, the Metropolitan Manila Development Authority (MMDA) will make the retaining walls along Pasig River its next “art project” in 2019.

Earlier, MMDA chair Danilo Lim said the second phase of the agency’s Pasig River Art for Urban Change (PRAUC) project would start “within the first quarter of the year” to encourage more people to patronize the Pasig River Ferry Service.

Last year, the MMDA, in partnership with the British Council and private companies, commissioned foreign and local artists to paint murals on the blank walls of nine pumping stations along Pasig River.

The PRAUC project aims “to create more livable and inclusive cities through the regeneration of urban waterways and likewise encourage the public to reconsider the ferry as a mode of transportation to decongest road traffic,” the MMDA said.

It also drew attention to the pumping stations which were often overlooked as common infrastructures although they were vital facilities meant to address flooding in the metropolis during the rainy season.

The PRAUC project is also part of the Pasig River Ferry Convergence Program (PRFCP), which was identified by President Duterte as a priority project.

The PRFCP aims to promote the ferry system as an alternative means of transportation in traffic-congested Metro Manila. It also seeks to connect Manila Bay to Laguna de Bay by 2022 by adding 17 more ferry stations to the current 12 to serve more than 76,000 passengers a day.

Other MMDA projects that were approved under the PRFCP include the development of a bikeway and easement recovery along Pasig River, both set for implementation in 2019.