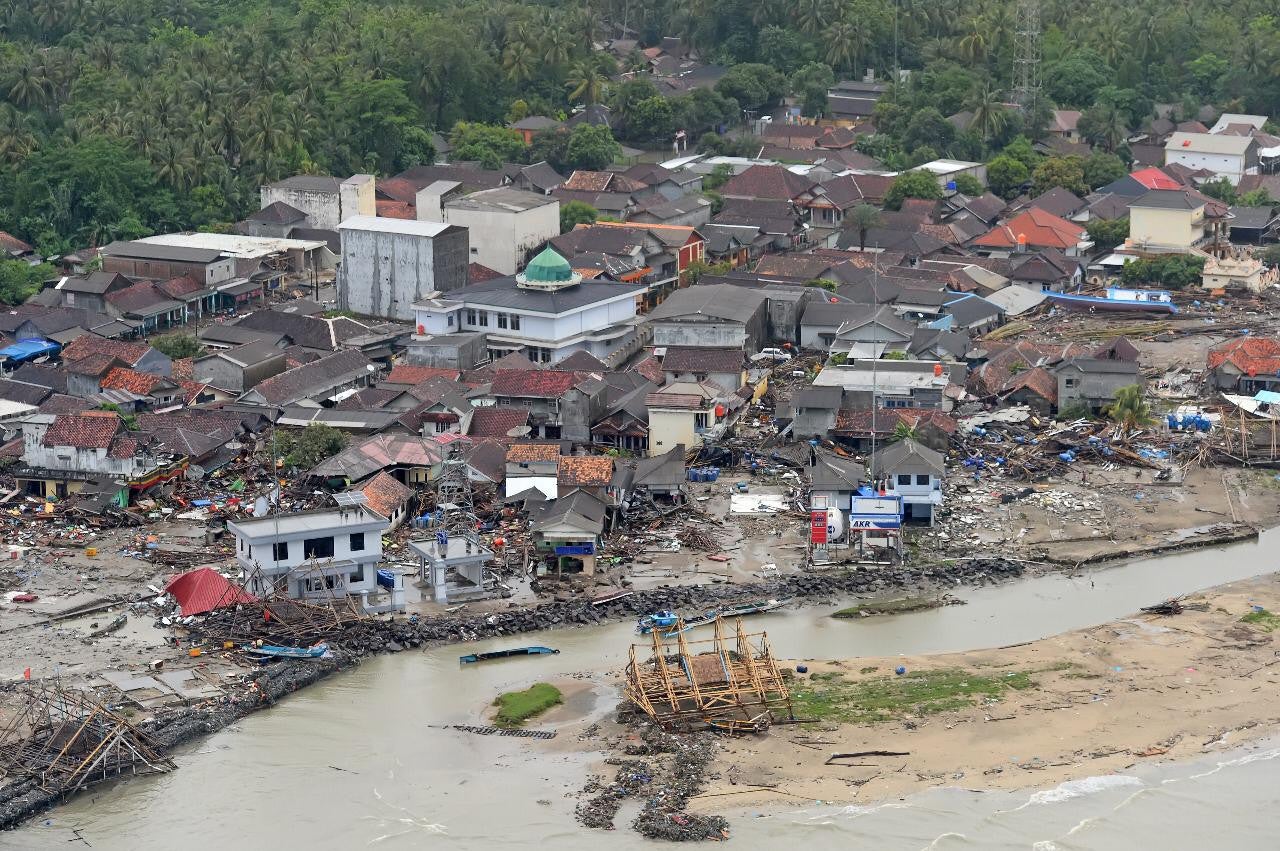 A coastal settlementn Banten, West Java, shows buildings and other structures damaged by the tsunami that hit on Saturday evening along the eastern and western shores of the Sunda Strait. Courtesy of Susi Air via The Jakarta Post

The Jakarta governor has announced that the capital will be paying for the medical and funeral costs of Jakartans who were killed in the Sunda Strait tsunami that hit the Anyer coast in Banten province on Saturday evening.

“The Jakarta administration will take care of the hospital bills of victims [who are Jakarta residents],” Jakarta Governor Anies Baswedan announced on Sunday at city-owned Tarakan hospital in Cideng, Central Jakarta, as quoted by kompas.com.

He urged the victims’ families not to worry about the costs.

By Sunday, 56 Jakartans were reported among the hundreds of tsunami victims, 54 of whom are employees of the Tarakan hospital cooperative.

“There are currently 11 injured victims undergoing treatment, 18 victims are on the way to the hospital and 10 fatal victims. Five bodies have already been returned to their families; the five other bodies are still at the hospital. We are still searching for other victims,” said Anies.

Anies added that the city administration had sent ambulances to the disaster areas and was awaiting for further requests for aid and assistance. A team of Jakarta DIsaster Mitigation Agency (BPBD) personnel and firefighters from the Jakarta Fire Department (Damkar) had been sent to assist in recovery efforts, he said.