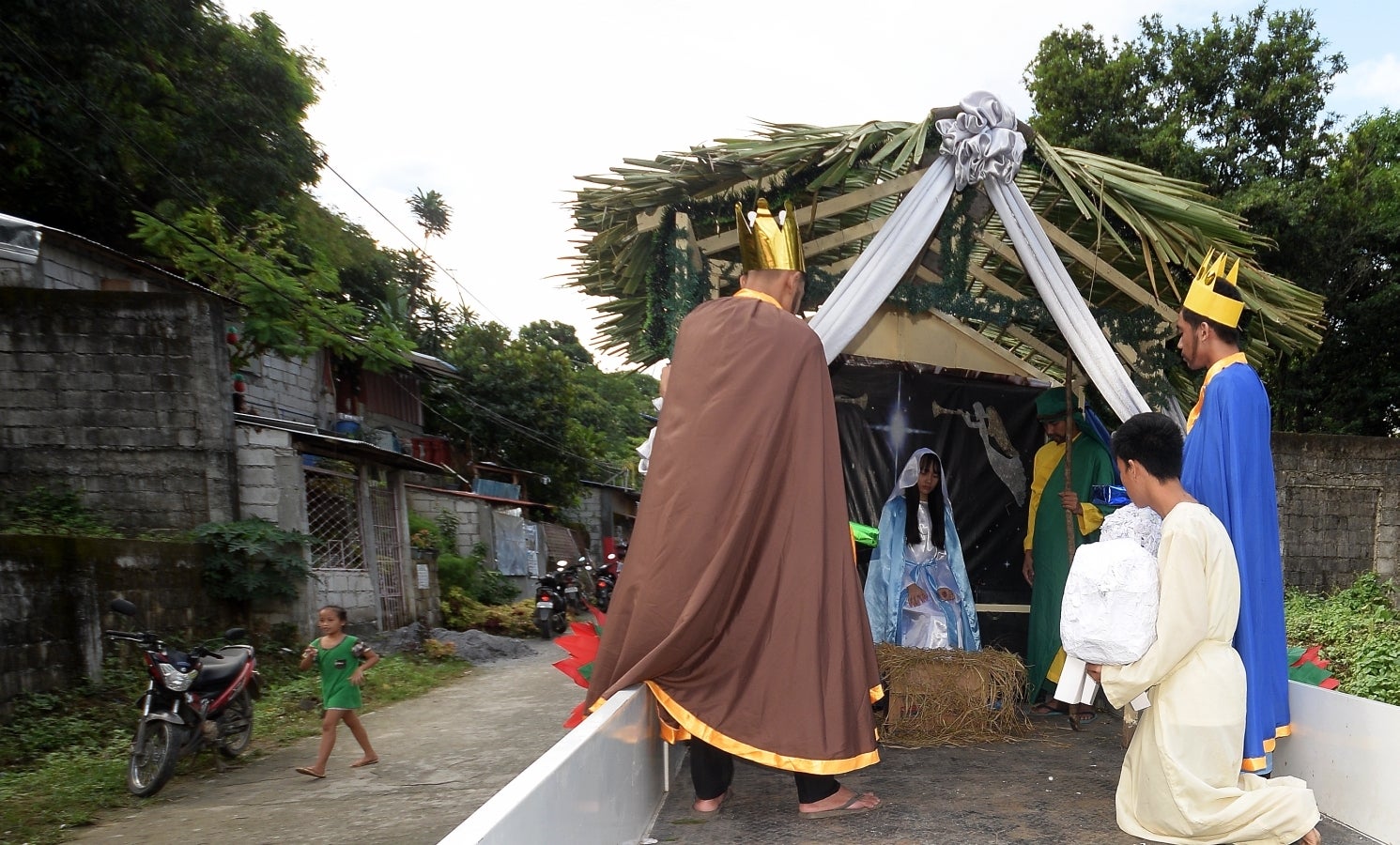 CHRISTIAN VALUES The “carroza” depicting the birth of Jesus roams the streets of the City of San Jose del Monte in Bulacan in an annual parade organized by the parish priest, Fr. Ibarra Mercado. —PHOTO COURTESY OF SAGRADA FAMILIA PARISH

CITY OF SAN JOSE DEL MONTE — Carriages featuring “living dioramas” that retell the story of Christmas in contemporary times were paraded around the city on Dec. 16 with an entirely new cast: street children.

Casting the children in the pageant on its third year was a reminder to people about who they need to help, a cornerstone of the Nativity story, according to its organizer, Fr. Ibarra

“We have plans to help these children renew their lives through the church and with the people’s help and support,” said the parish priest of Sagrada Familia Church at Barangay Sapang Palay who launched the pageant in 2016.

This is on top of the parish’s regular feeding and scholarship programs for the street kids.

The dioramas on 33 “carrozas,” which dramatize key moments of the Nativity story with a cast of amateur actors and volunteers, offer life lessons that resonate with many in present times.

Mercado said the street children highlighted the story on family spirit as portrayed by the child Jesus and his parents, Joseph and Mary.

“How important are the parents to the child. Compare a growing child without parents to a child with both parents … But some parents are physically present but are emotionally and psychology absent,” he said.

One of the new carrozas, called “Joseph and Jesus,” depicted the importance of the father in a child’s growth and development, he said.

The carroza, called “Betrothal,” in reference to Joseph’s courtship of Mary, was key to building a successful family, the priest-organizer said.

“Courting is necessary prior to engagement. It is better to know one another before settling down. What’s happening now because of social media are cases of quick encounters, quick breakups. In their union, they forget to seek God’s blessings and recognition from their community,” Mercado said.

The “Holy Family Sleeping” carroza highlighted the deep sense of bonding, love and security of the family when members sleep together under one roof.

The “Jesus Returns to Naza-reth” carroza reminded the faithful about family togetherness.

According to the New Testament, Jesus was seven years old when he returned to Nazareth after the death of King Herod.

Herod’s carroza depicted how he gathered priests and scribes in his search for the child Jesus.

It presented Herod as the symbol of abuse of power.

“Herod could have been a good king of his people had he not been hungry for power and possession like some of our leaders today,” Mercado said.

The carrozas depicted Jesus’ genealogy and story, including the Virgin Mary’s visit to her pregnant cousin Elizabeth, Joseph and Mary’s wedding, their rejection by innkeepers in their search for a place to stay, and Jesus’ birth in a manger.

Other carrozas have detailed dioramas about Mary nursing the baby Jesus to show selflessness and devotion, the Three Kings, and the angel who appears to the shepherds. —Carmela Reyes-Estrope