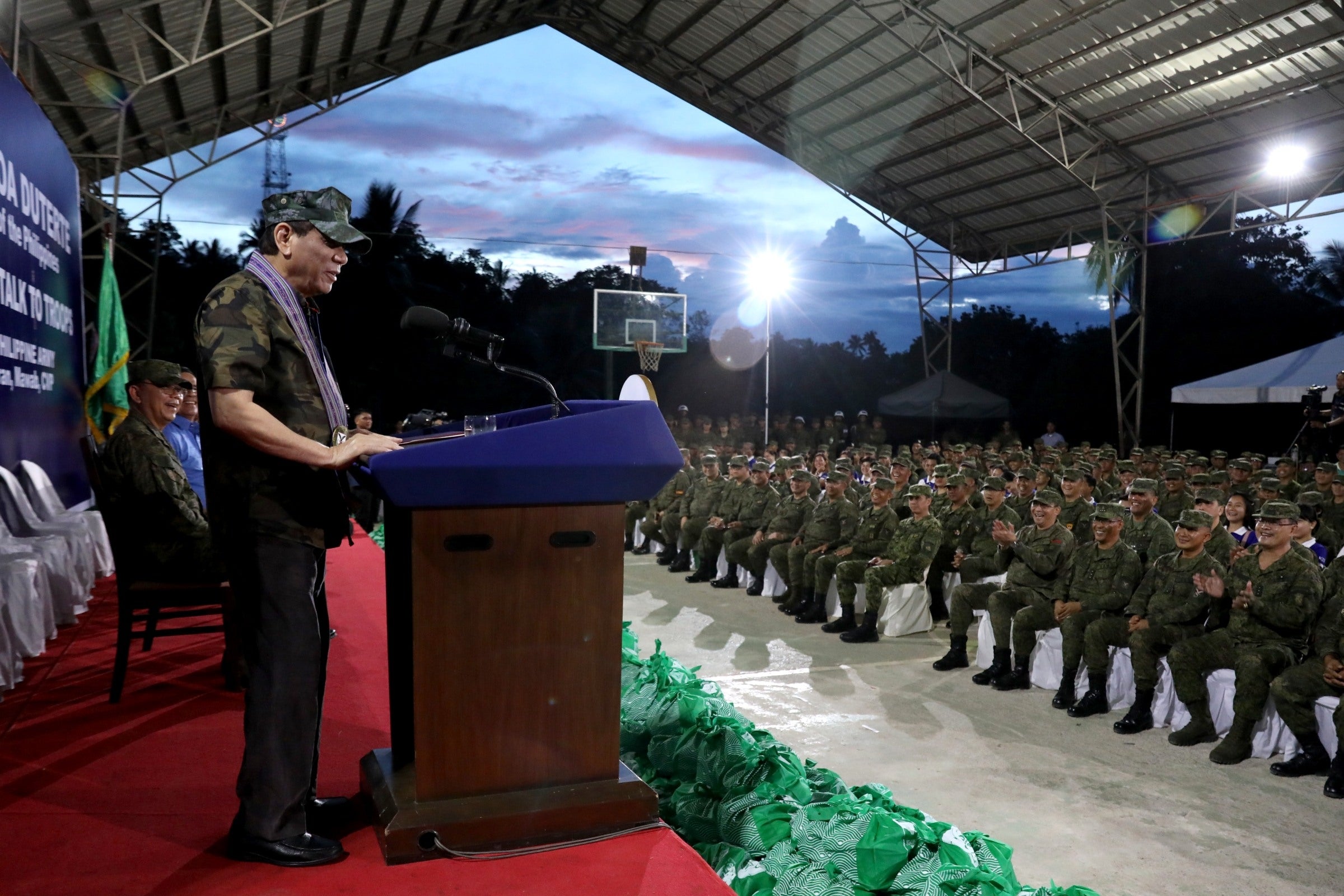 DAVAO CITY — President Rodrigo Duterte on Saturday said he wanted to replicate in the Philippines the late Indonesian strongman Suharto’s campaign against communist rebels, which led to the deaths of 3 million people.

Speaking to troops during his visit to the Army’s 10th Infantry Division’s base in Mawab, Compostela Valley, the Philippines said there should be a change in the government’s tactics in fighting local communists to something similar to the 1965-66 campaign waged by Suharto to crush communism in Indonesia.

It led to the elimination of the Communist Party of Indonesia — the third largest in the world at the time — as a political force and the beginning of Suharto’s 30-year authoritarian rule.

Indonesian officials justified the mass killings as a necessary defense against communists.

But an investigation by the National Commission on Human Rights in 2012 found gross violations of human rights during the events of 1965-66.

In his speech, the President said he had ordered the military to “destroy” the local communists.

“Do not fight them, destroy them. Destroy them, kill them,” he said

The President said he did not “subscribe” to the unilateral declaration of a ceasefire by the communist New People’s Army (NPA) for the holiday season.

“We are ready for anything,” he said.

“Destroy the Left,” the President said, adding that the Abu Sayyaf bandit group also “must be destroyed” and drug lords should be killed “without mercy.”

The President said he would take responsibility for the killings.

He repeated an order to soldiers to kill themselves to avoid getting captured.

“That’s why you were given guns,” he said.

“Do not give me the spectacle of coming home with a video showing you are being decapitated. We make a pact, we won’t surrender. If we choose to be a warrior, we die like a warrior,” the President said.

In a speech on Tuesday, he said he planned to enforce an isolation policy in Mindanao to keep indigenous peoples out of the NPA’s influence.

“I will hamlet them. Why? Because if they remain scattered, they are really in danger. I cannot get their loyalty if they are scattered because they are afraid to be far from each other,” he said.

The strategy echoes the Strategic Hamlet Program enforced by the governments of the United States and South Vietnam to pacify the countryside and reduce the influence of the communist Viet Cong on the population in the 1950s and early 1960s.

The US and South Vietnamese governments isolated the rural population in “protected communities” to keep the Viet Cong out.

The program failed and the United States canceled it after South Vietnamese President Ngo Dihn Diem was overthrown in 1963, leading to Viet Cong gains that forced US military intervention.

The President did not say whether the hamlets he planned would be located within ancestral land or whether indigenous peoples would be removed from their land and isolated elsewhere.

The Commission on Human Rights (CHR) warned on Sunday that the strategy would violate the indigenous peoples’ rights to liberty and property.

Jacqueline de Guia, CHR spokesperson, said in a statement that the strategy would “inevitably disrupt a community’s cultural life.”

The law, enacted during the Arroyo administration, prohibits “arbitrary deportation or forcible transfer of population or unlawful confinement,” and considers these practices war crimes.

De Guia called on the government to “critically study” the idea and “establish a strong need” for isolating indigenous peoples before proceeding to enforce the President’s plan. —With reports from Christine O. Avendaño, Vince F. Nonato and Inquirer Research in Manila