Indonesia has no early warning system for volcanic tsunamis—disaster agency 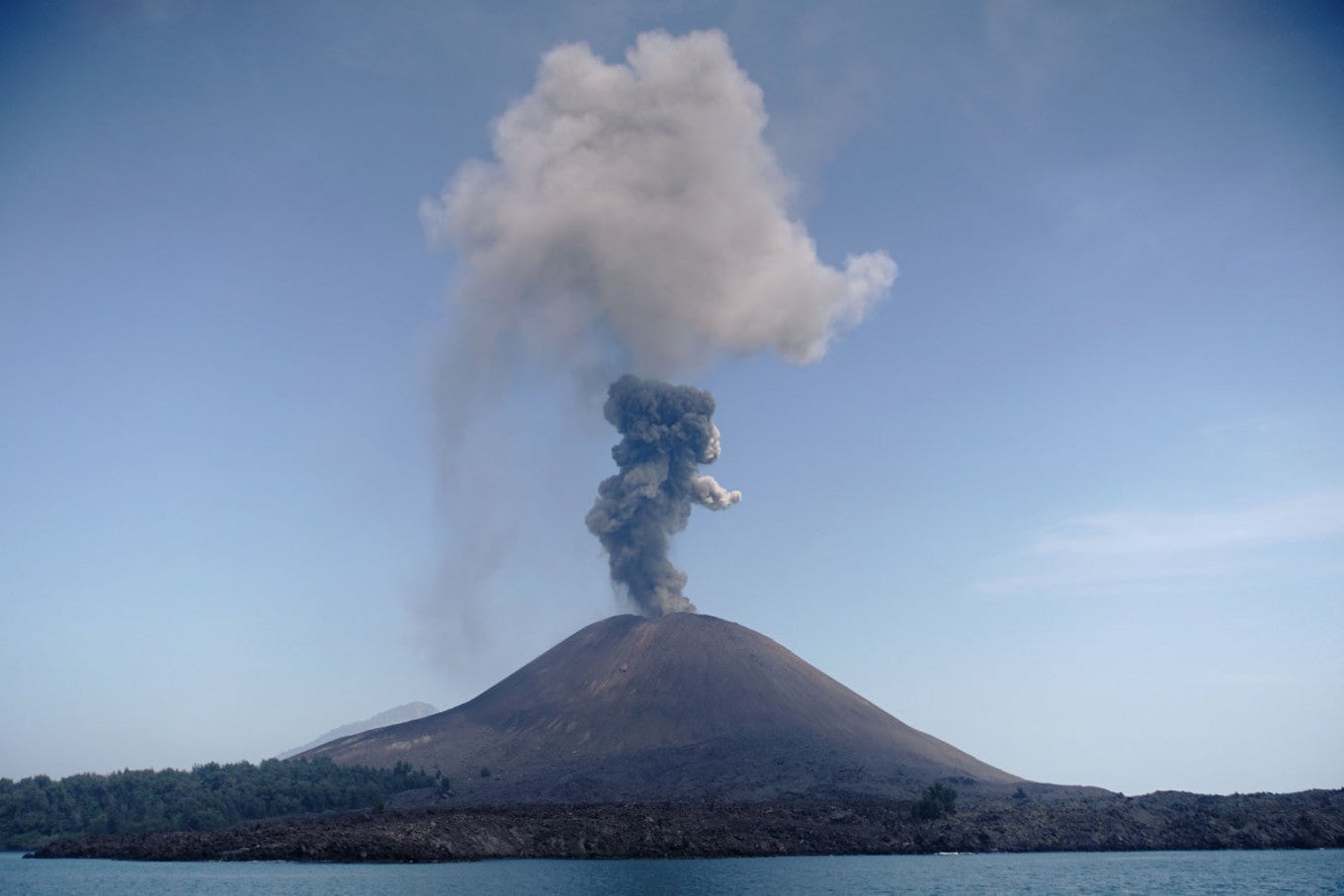 A plume of ash rises from the Anak Krakatau volcano, as seen from Rakata Island in South Lampung on July 18. (AFP/Ferdi Awed)

JAKARTA — The government said on Sunday following a “volcanic tsunami” in the Sunda Strait that the country did not have any early warning system for tsunamis not caused by earthquakes.

National Disaster Mitigation Agency (BNPB) spokesman Sutopo Purwo Nugroho said there had been no warning about the Sunda Strait tsunami because Indonesia did not yet have any early warning system for tsunamis caused by underwater landslides or volcanoes in the sea.

He said that, according to a report from the Meteorology, Climatology and Geophysics Agency (BMKG), the tsunami that happened on Saturday night was likely to have been caused by an underwater landslide caused by volcanic activity of Mount Anak Krakatau, combined with an unusually high tidal wave because of the full moon.

The BMKG stated in a press release that a tsunami hit coastal areas of western Banten and southern Lampung at 9:27 p.m. Earlier on Saturday evening, the BMKG had said the disaster was not a tsunami but a high tidal wave.

At midday on Sunday, the confirmed death toll of the tsunami had reached 168, while 745 people were reported injured and at least 30 missing. At least 585 homes have been destroyed, nine hotels severely damaged, 60 restaurants damaged and 350 boats damaged.

The western coast of Banten is a popular tourist destination. Many of the victims were vacationers.

“According to preliminary data, there are no foreign casualties, only Indonesians,” he said.

Sutopo said the BMKG, the Geological Institute, the Agency for the Assessment and Application of Technology (BPPT) and the Ministry of Maritime Affairs were continuing their investigation to confirm whether or not the tsunami had been caused by Mount Anak Krakatau’s volcanic activity.

“This is because the activity [of the volcano] was relatively low yesterday. There was only a flow of magma and the hurling of incandescent rock, much smaller than the eruptions in October and November,” Sutopo said.