Año to BFP: Stay on guard thru the holidays 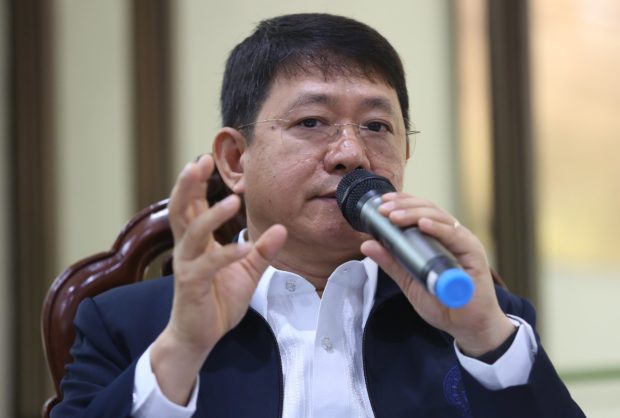 MANILA, Philippines — The Bureau of Fire Protection (BFP) should stay on guard to quickly respond to possible fire incidents for the upcoming holidays, Department of Interior and Local Government (DILG) Secretary Eduardo Año said on Thursday.

“In this Christmas and New Year’s season, when people can get a little too excited, fire accidents are likely to take place kaya naman mas lalong higit nating kailangang bantayan ang ating mga kabahayan at gusali laban sa sunog (that is why the more we should guard our houses and buildings against fire),” the DILG chief said in a statement.

Majority of the fires were caused by pyrotechnics and firecracker usage.

Año also noted that BFP, along with the Philippine National Police (PNP) and the local government units (LGUs), should continuously educate the public regarding fire safety measures since most fire incidents last year started from residential areas.

BFP Spokesperson F/Supt. Joanne Vallejo assured the public that their office has been working to ensure that holidays would be fire-hazard-free through their Oplan Iwas Paputok program.

Vallejo said their program aims to promote public safety against fires and emergencies by intensifying the campaign against fire prevention and coordinate all efforts in fire and emergency response with concerned LGUs and other law enforcement agencies.

(We are not negligent. Oplan Iwas Paputok is our way to ensure that the New Year celebration of our countrymen will be safe).

“Makakaasa po sila na (They can rely upon the) BFP to be there when they need us,” she added.

Earlier, Año reminded PNP and LGUs about the strict enforcement of laws on firecrackers, to minimize fire incidents and firecracker-related injuries.