Philippine Navy’s guided-missile frigates to be named after Luna, Rizal 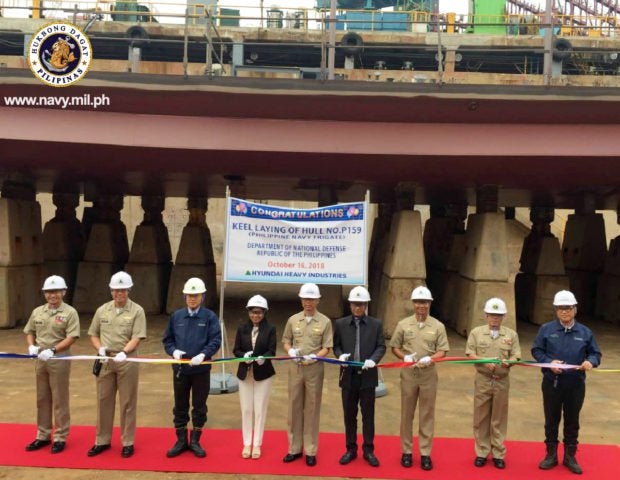 The two missile-capable frigates, which are currently being constructed by Hyundai Heavy Industries (HHI) in South Korea, will be named Antonio Luna and Jose Rizal, two of the country’s national heroes.  The two frigates are temporarily called HHI Project Nr 159 and Nr 160.

Surface combatants of the Philippine Navy are usually named after national heroes.

Jose Rizal, one of the country’s greatest heroes, was known for his resistance to tyranny through peaceful means. His political writings inspired a revolution during the Spanish rule.

Antonio Luna, meanwhile, was one of the brilliant military strategists of his time. He tirelessly led efforts to fight for independence during the Philippine-American War.

The contract for the two frigates, one of the military’s biggest modernization projects at P18 billion, was awarded to HHI in October 2016.