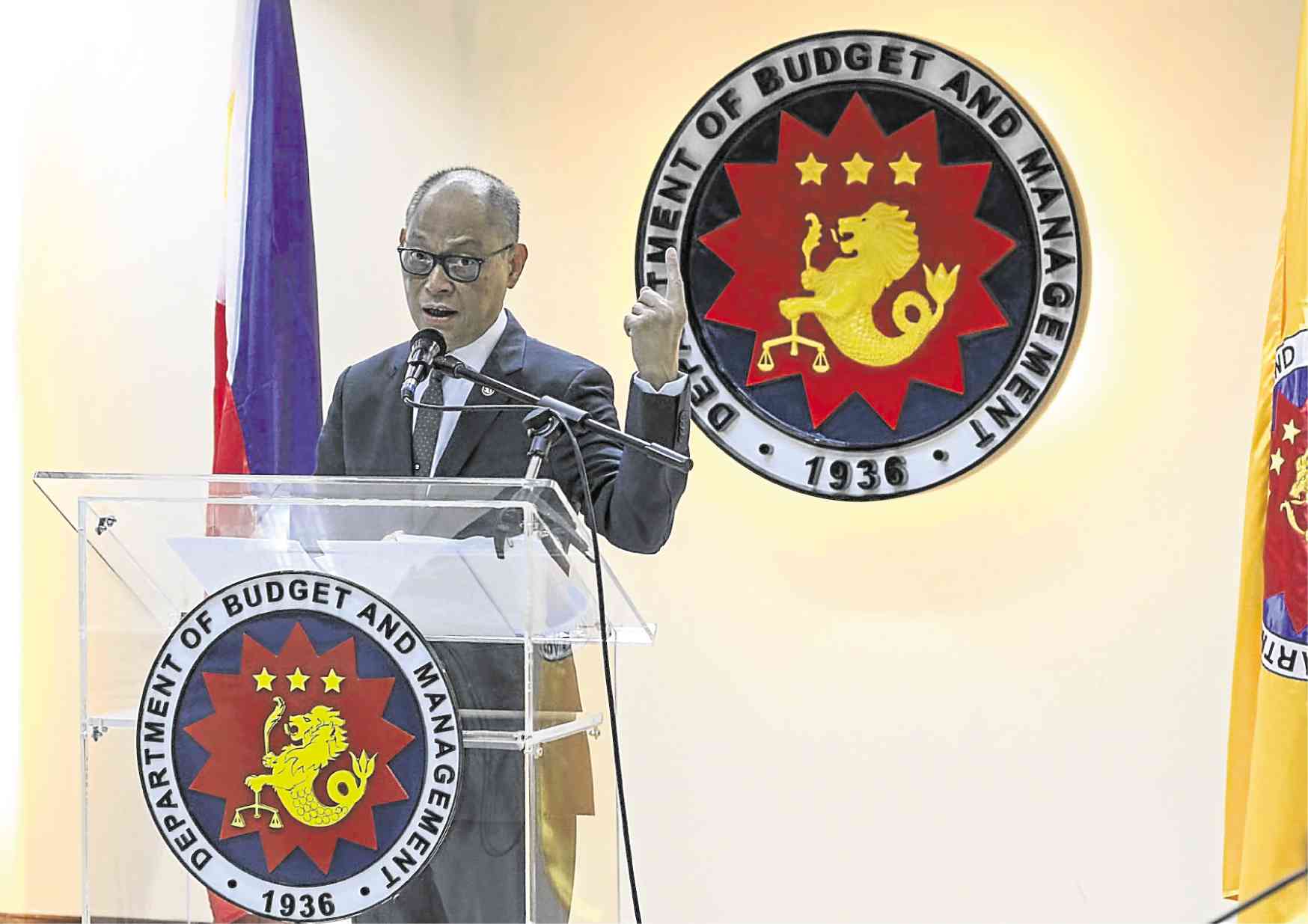 Many members of the House of Representatives, including Majority Leader Rolando Andaya Jr. and Minority Leader Danilo Suarez, have sought the release of P45 billion from the road user’s tax for the 2019 midterm election campaign, Budget Secretary Benjamin Diokno said on Wednesday.

Diokno made the disclosure at a briefing in Malacañang in which he spoke about his row with congressmen who sought his ouster after accusing him of corruption, and the prospect of a reenacted budget for the first quarter of 2019.

Two issues, according to Diokno, have made him unlikable to these congressmen — Sen. Panfilo Lacson’s disclosure that projects worth P2.4 billion were earmarked for the district of Speaker Gloria Macapagal-Arroyo in Pampanga province in the proposed national budget for 2019, and his refusal to release funds from the road user’s tax.

Asked why Suarez had grilled him so much in last week’s Question Hour, Diokno said the lawmaker was “speaking for himself and maybe for some other members” of the House.

Suarez pointed out that projects worth P2.8 billion were earmarked for Sorsogon province, where the parents of Diokno’s son-in-law were elected officials.

Also during Question Hour, Andaya accused Diokno of adding P50 billion, which the budget secretary said was actually P75 billion, to the budget of the Department of Public Works and Highways without the knowledge of President Rodrigo Duterte.

“Because you know it’s election time. They probably were expecting the road user’s funds to be released so they could use these in the campaign,” Diokno said. “But I tell you, we will not release.”

The budget secretary said revenue raised through the road user’s tax was supposed to be used to maintain the country’s roads, but this had been used to buy overpriced brooms and uniforms of personnel.

Diokno said many congressmen had approached him to ask about the status of the road user’s tax revenue, and when the funds would be released.

He said he told the lawmakers that he would not release the funds until the issue of the Road Board’s abolition was settled.

Asked whether Andaya and Suarez were among the congressmen who followed up the release of the funds, the budgets secretary replied in the affirmative.

Sought for comment, Andaya and Suarez said they had not spoken with Diokno about the road user’s tax revenue.

“I never met with him nor requested a meeting [about the Road Board],” Suarez told the Inquirer over the phone.

Andaya said there was no reason for him to approach the budget secretary since he never requested an allotment from the road user’s tax for his district in Camarines Sur.

He said official records of the Road Board would show that he and Speaker Arroyo did not seek the release of funds to finance projects for their districts.

At the briefing, Diokno said he was assuming President Duterte would sign the enrolled copy of the bill calling for the abolition of the Road Board because the latter had long been waiting for it.

The budget secretary said the executive branch had found that a group of unelected officials was deciding the appropriation of the road user’s tax and that Malacañang wanted Congress to have this power.

Diokno said the Commission on Audit had found that P90.7 billion from the road user’s tax collection had been misappropriated, noting the amount was used at the peak of the Arroyo administration in 2004.

Diokno said the Senate and the House, under former Speaker Pantaleon Alvarez, passed a measure to abolish the Road Board.

But he said the Senate adopted the House version after senators sensed that the House under Arroyo wanted to retain the Road Board.

Alvarez on Sunday said it was disagreement over the release of revenue from the road user’s tax that triggered the House-led attacks against Diokno over his supposed insertions in the 2019 budget.

The former Speaker said lawmakers had been conspiring with Road Board officials to extort from handpicked contractors commissions equivalent to 30-40 percent of the total project cost.

On the delayed proposed budget for next year, Diokno said the passage of the spending measure faced difficulty under an Arroyo leadership in the House. —REPORTS FROM CHRISTINE O. AVENDAÑO AND MARLON RAMOS