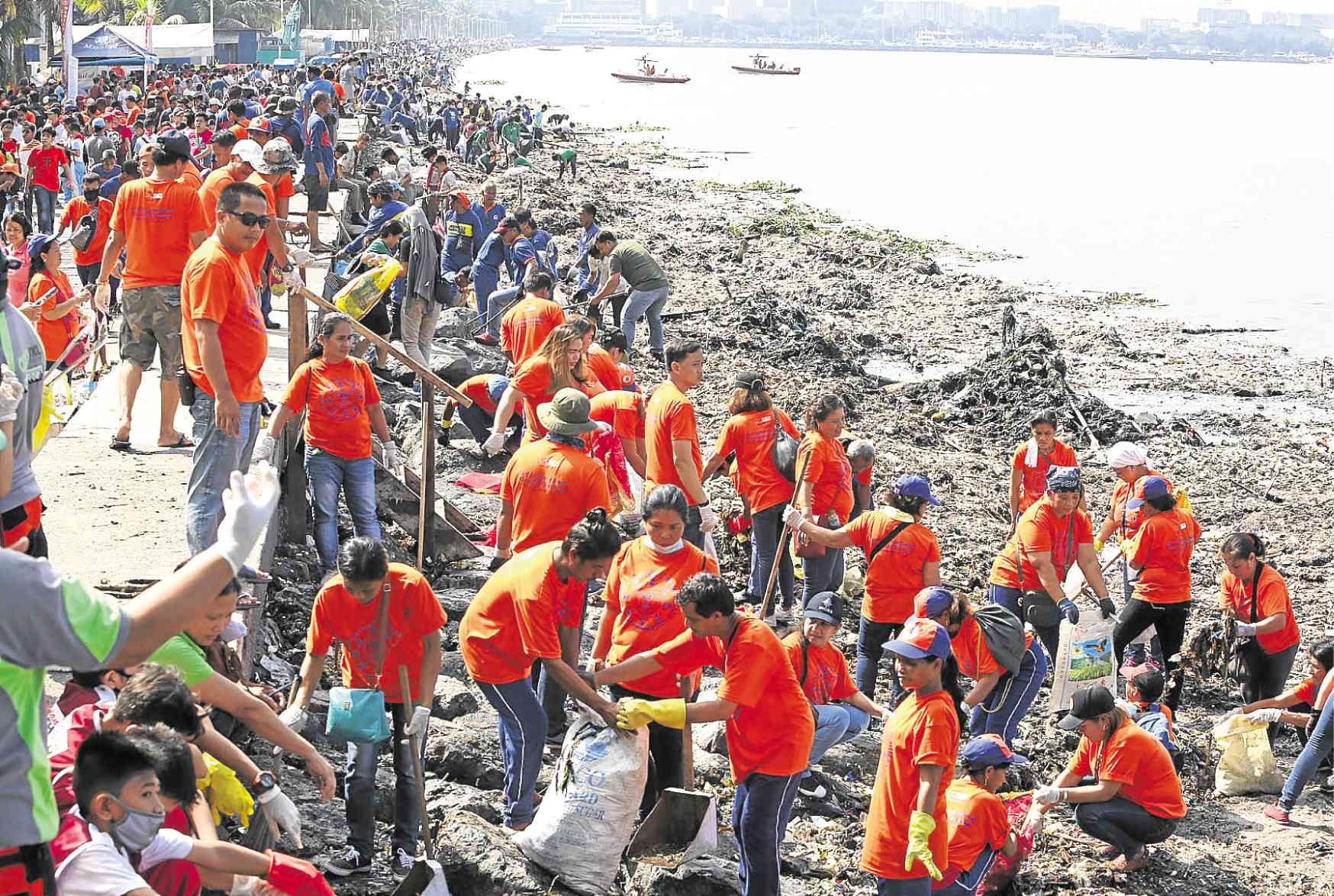 GOOD FOR PHOTO-OP BUT… Volunteers are often called to pick up trash washing up on the Manila Bay coastline, but it will take much more than that to curb decades of water pollution. —MARIANNE BERMUDEZ

The Department of Environment and Natural Resources’ (DENR) plan to rehabilitate Manila Bay would be pointless in the absence of the major waste water treatment plants promised by Metro Manila’s two water concessionaires, according to a House member and former city mayor of Manila.

“If the DENR will say that they will try their best to have those plants in the next three years, I would believe them. Otherwise, they are just playing a trick on the people,” Buhay Party-list Rep. Lito Atienza, senior deputy minority leader, said in a radio interview.

Atienza said the DENR should instead pressure Maynilad Water Inc. and Manila Water Services Inc. to comply with their 30-year-old concession contract that calls for the construction of major waste water treatment plants in Metro Manila.

“Maynilad and Manila Water should finally provide waste water treatment facilities so that the water coming from our toilets, what we call household waste water, should first be processed before they flow into the sea. If not, the killing of Manila Bay will continue. If we continue to use it as a giant sewer, then we will not solve the problem,” Atienza said.

‘What will you smell?’

For the lawmaker, the failure of the concessionaires to fulfill their obligations is evident near the Manila Yacht Club where people can walk along the seawall to enjoy Manila Bay’s world-famous sunset.

“Walk on the seawall, what will you smell? Sewer. The air there smells like a sewer,” he said.

Cimatu earlier said the DENR intended to duplicate the government rehabilitation strategy for the resort island of Boracay to reduce Manila Bay’s coliform concentration to a safe level and make the water fit again for swimming, skin diving and other forms of recreation.

Manila Bay pollution, he said, is caused by domestic sewage, toxic industrial effluents from factories and shipping operations, and leachate from garbage dumps, among others.