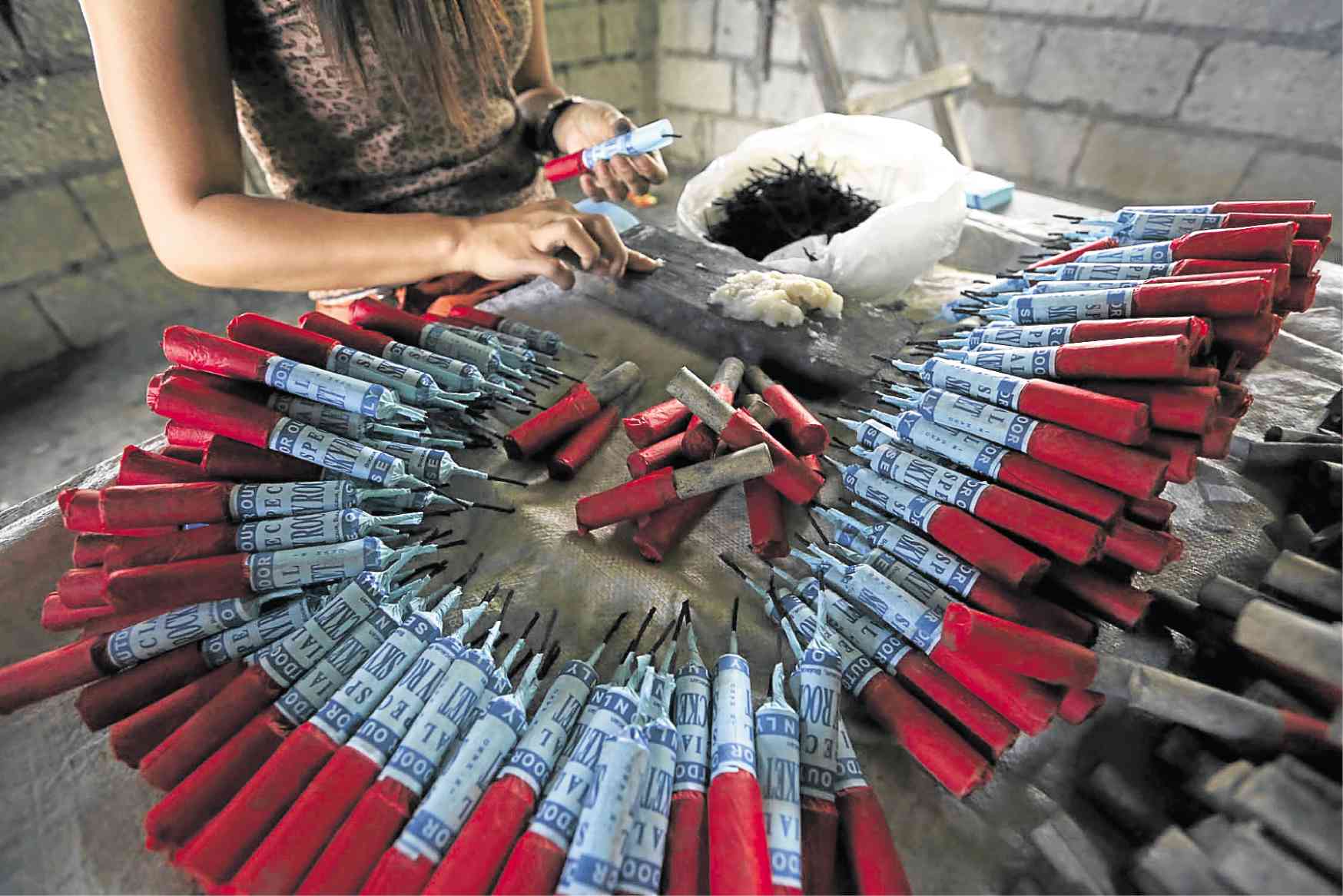 BOCAUE, Bulacan — Fireworks manufacturers in Bulacan province have started promoting lightmaking products like sparklers, in expectation of reduced demand for big bangers due to strict regulations imposed by President Rodrigo Duterte and the government’s campaign against dangerous firecrackers.

“Pyrotechnic products like fountains, sparklers and Roman candles are light shows with nothing that could make them destructive because these products do not have the explosive chemicals of firecrackers,” said Joven Ong, president of the Philippine Fireworks Association.

Bulacan has 29 licensed manufacturers that produce both lightmakers and small fireworks, and big bangers. It has 95 stores and dealers licensed to distribute or sell pyrotechnic products.

“But the industry should not be associated alone with firecrackers because we also produce the much safer [lightmakers],” said Ong, who owns Dragon Fireworks.

Lightmakers can be used on lawns and backyards or on the street, although Executive Order No. 28 requires local governments to designate areas where people can play with firecrackers, he said.

Celso Cruz, president of the Philippine Pyrotechnics Manufacturers and Dealers Association Inc., said his group had been undertaking information campaigns and seminars about fireworks to reduce the number of firecracker injuries during the Christmas and New Year celebrations.

Large numbers of injuries have prompted the Department of Health to seek a ban on firecrackers, although use of prohibited products like “piccolo” and “watusi” are seen as the usual reason for people getting hurt, he said.

Leah Alapide, president of the fireworks group in Bocaue, said manufacturers had produced a much smaller volume of firecrackers this month compared to December last year.

She said her group expected a fall in demand due to EO 28, but she did not give details.

Ong said the industry would cooperate with the government’s safety program.

“But I hope people don’t get the idea that pyrotechnics have been banned. Fireworks and firecrackers are on the market,” he said.