Communists march in Laguna ahead of anniversary 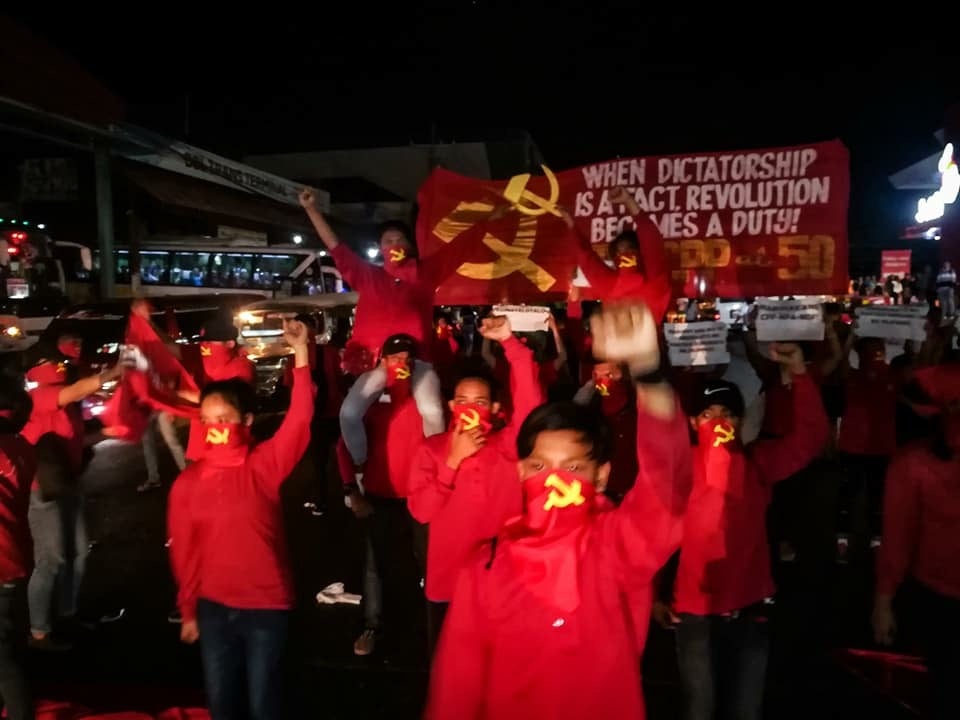 Members of the National Democratic Front in Southern Tagalog (NDF-ST) marched in Laguna, days before the 50th anniversary of the Communist Party of the Philippines (CPP). Photo by Southern Tagalog Exposure

SAN PEDRO CITY – Clad in red and their faces covered with red handkerchief marked with the symbol of the communist movement, members of the National Democratic Front in Southern Tagalog (NDF-ST) marched in Laguna, days before the 50th anniversary of the Communist Party of the Philippines (CPP).

“The commemoration … presents a golden opportunity to use the Marxist-Leninist-Maoist line in assessing the revolution,” read a statement from Karidad Madlangbayan, spokesperson of the NDF-ST.

The presentation highlighted the “struggles” of the peasants, workers, and the urban poor in the region. Among the issues raised were the massive land conversion in Cavite, Batangas, and Quezon and “contractualization” of workers in the region replete with factories and processing zones.

The NDF also slammed the government for extending the implementation of martial law in Mindanao and the administration’s war on drugs, which they blamed for the death of over 13,000.

In Southern Tagalog, 78 political activists among them NDF consultants Adelberto Silva and Rey Casambre, have been arrested on “trumped up” charges.

“Party members are not terrorists. There is no terrorist here but the fascist and puppet regime of (President Rodrigo) Duterte and the United States,” Madlangbayan added.