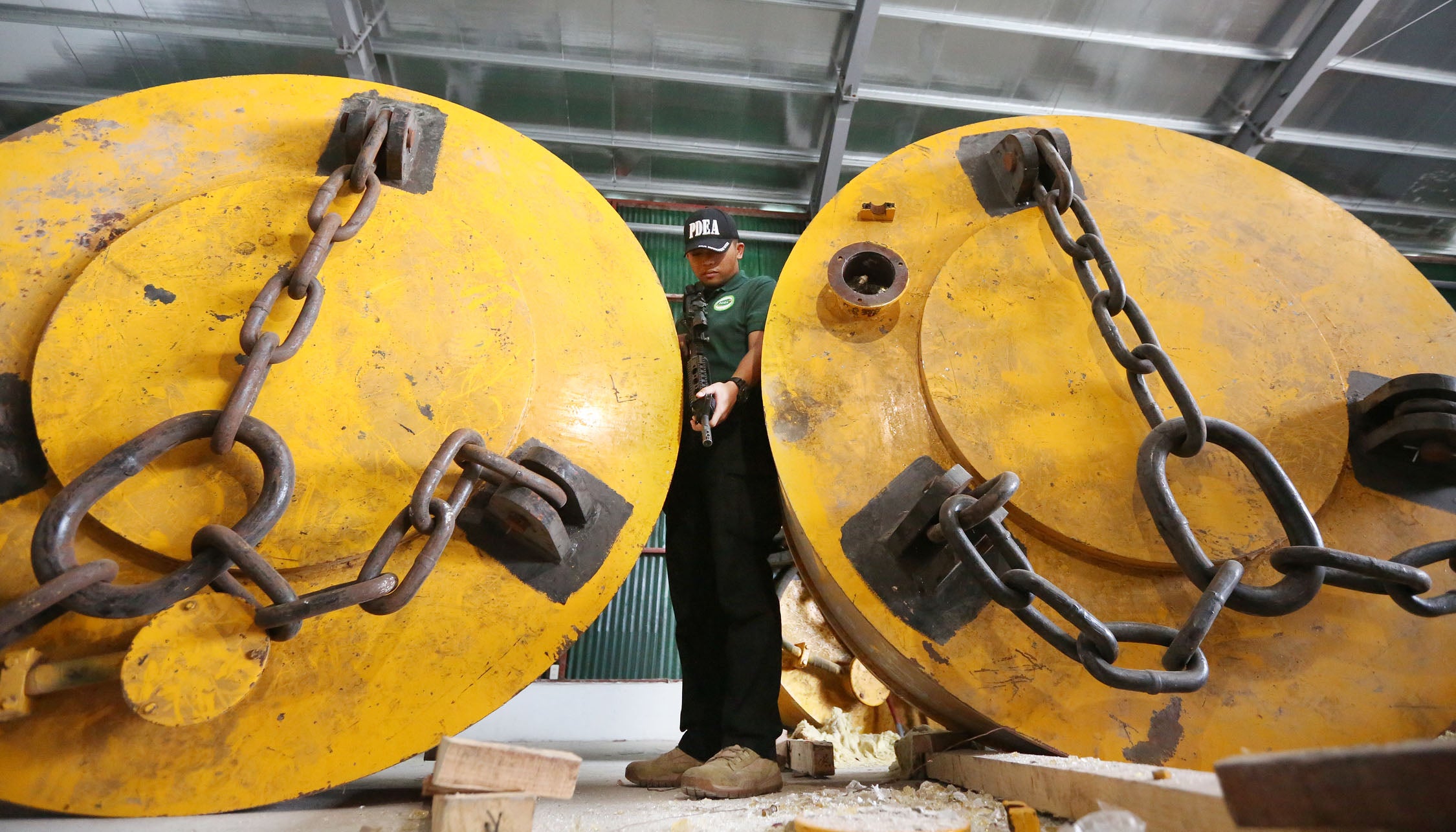 MAGNETIC LIFTERS An agent of the Philippine Drug Enforcement Agency secures as evidence the magnetic lifters used to smuggle a ton of “shabu.”  PHOTO/MARIANNE BERMUDEZ

MANILA, Philippines — A Senate panel has recommended a lifestyle check and further investigation into close to 20 people tagged in the P11-billion shabu shipment that was uncovered in August.

It underscored the “need to investigate more in order to determine with certainty all the people responsible” for the smuggling, adding that “this is not to say that those involved cannot go any higher.”

A 46-page report of the Senate blue ribbon committee released to reporters on Monday was notably silent, however, on former Customs Commissioner Isidro Lapeña.

Lapeña was already at the helm of the Bureau of Customs when the shabu shipment allegedly concealed in magnetic lifters was smuggled into the country.

Instead, the committee chaired by Senator Richard Gordon recommended that the following individuals be further investigated by the Department of Justice, the Office of the Ombudsman and other concerned government agencies for administrative and/or criminal liabilities:

The above-mentioned, according to the report, may be liable for violating the Anti-Graft and Corrupt Practices Act, Article 210 of the Revised Penal Code for direct bribery and Section 7 of Republic Act 6713 or the Code of Conduct and Ethical Standards, among others.

The committee also recommended a lifestyle check “of all involved and named” in the report.

“So far, this report has reached and implicated public officers up to the Deputy Director General in PDEA (Philippine Drug Enforcement Agency), and Deputy Commissioner in the Bureau of Customs,” the report said.

“This is not to say that those involved cannot go any higher. We dread to think that it might.”

“We fear for the country and its citizens, and thus, the need to investigate more in order to determine with certainty ALL the people responsible for these abhorrent acts. Fiat Justitia Ruat Coelum (Let justice be done though the heavens fall),” it further said.

Signed by 14 senators, the report will be transmitted to the plenary for deliberations./ac