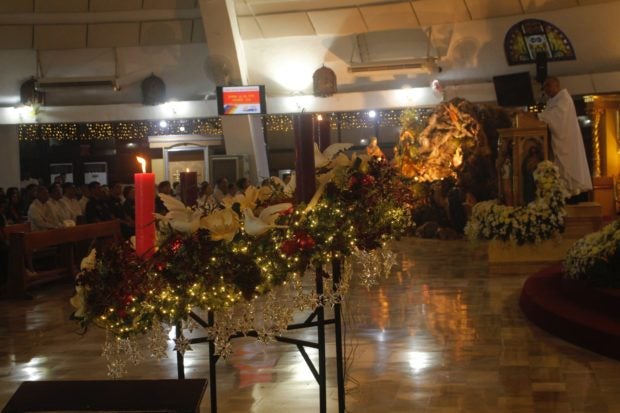 Catholics listen to the homily on the first of the 9-day Simbang Gabi at the Immaculate Concepcion Cathedral in Quezon City on Sunday, Dec. 16, 2018. INQUIRER.NET / Gabriel Pabico Lalu

MANILA, Philippines — Filipino Catholics woke up earlier than usual on a Sunday morning to flock to churches for the traditional Misa de Gallo or Simbang Gabi.

People from different walks of life — including police officials and officers in Camp Crame in Quezon City — celebrated the first out of nine masses before Christmas Day on December 25.

Outside the Immaculate Conception Cathedral in Cubao, Quezon City, food stalls owners also woke up early to sell bibingka and puto bumbong, local variants of rice cakes which are usually sold during the Christmas season. /cbb 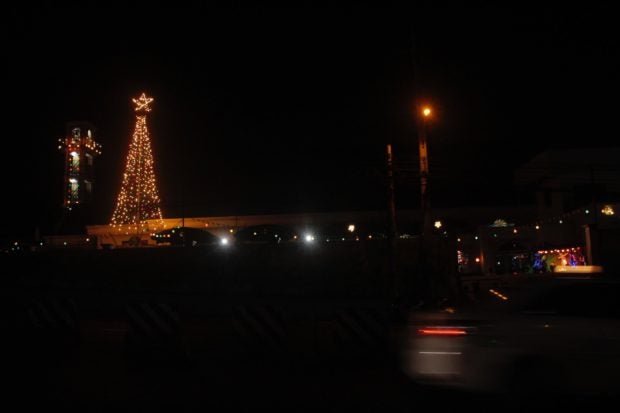 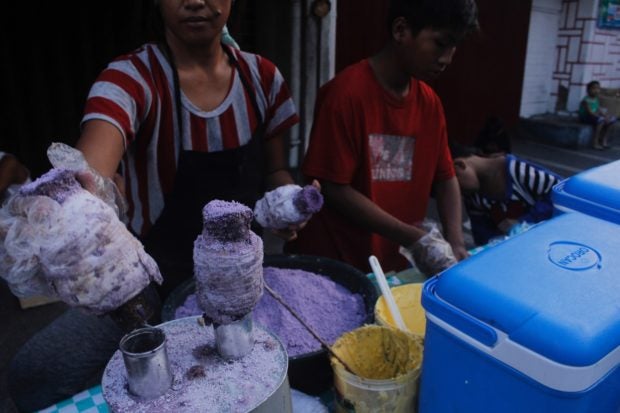