Faeldon son negative for drugs, but… 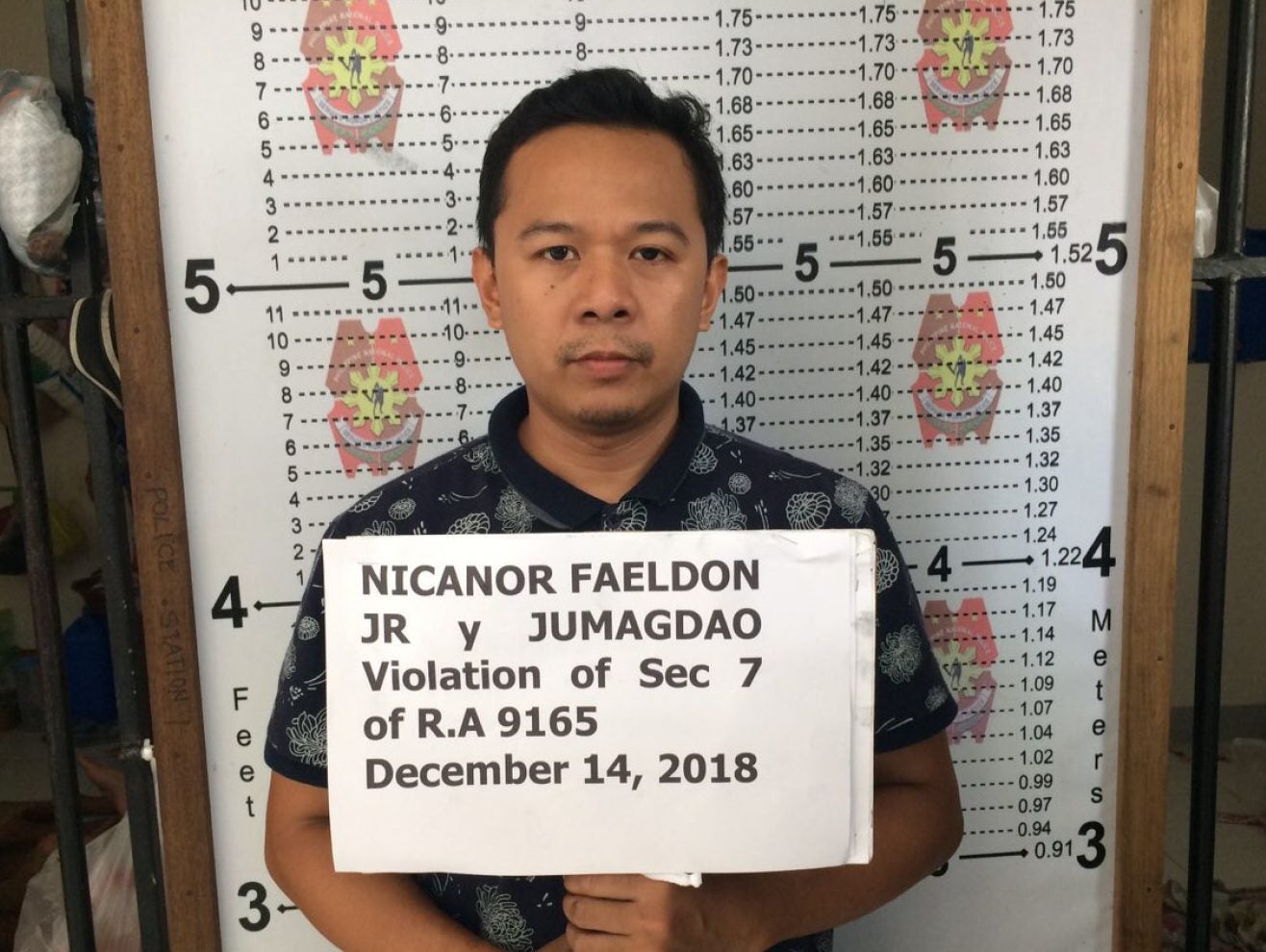 NAGA CITY — Although negative results of a test cleared him of suspicion of drug use, the son of Bureau of Corrections chief Nicanor Faeldon may still be charged for his mere presence in an “identified drug den” in this city, police said on Saturday.

“Mere use of a drug and his presence in a drug den are two different issues or offenses,” said Christian Frivaldo, Philippine Drug Enforcement Agency acting Bicol regional director.

He said Republic Act No. 9165, or the Comprehensive Dangerous Drugs Act of 2002, specified that people found visiting drug dens may be imprisoned from 12 to 20 years, plus a fine, if proven aware of the nature of the place they visited.

The younger Faeldon, in a statement to police, admitted that he lived in the house in Barangay Mabolo where he was arrested at the dawn of Dec. 14.

He said he lived there with his girlfriend, Sandra Mae Lanuzo, a daughter of suspected drug dealer Russel Lanuzo, who owns the house.

However, the younger Faeldon also told police he did not have any knowledge of the illegal drug transactions that purportedly happened in the Lanuzo residence.

Lanuzo was reportedly a former Metropolitan Naga City Water District employee who was terminated due to drug use.

He was first caught in an antidrug operation in 2016, also in Barangay Mabolo. This is the third time that he was arrested for drugs.

During his arrest on Friday, police found seven sachets containing crystal meth in Lanuzo’s home and the other suspects also yielded various amounts of “shabu” or a gun.

But when Faeldon was tested by the Naga City police on Saturday morning, it showed Faeldon was negative for drugs.

On Saturday, Faeldon refused to give any interviews to media.

Police said no one from Faeldon’s camp, including his father and family lawyers, had made contact with them regarding the case.

Read Next
Manila Central Post Office gets stamp of cultural importance
EDITORS' PICK
PH walks back, suspends VFA termination ‘upon the President’s instruction’
Leveling up your ‘lutong bahay’ with the kitchen companion you never knew you needed
PH COVID-19 cases near 19K mark, as recoveries breach 4,000
South Korea clamps down again as virus rebounds
Cherry Mobile teams up with Cloud Panda PH, launches online store
San Juan City to launch pop-up bike lanes
MOST READ
Calida ‘just the lawyer, not the client’ and must ‘never lose his cool’ – Macalintal
7 members of nurse’s family in Laguna catch COVID-19
PH COVID-19 cases near 19K mark, as recoveries breach 4,000
Amid protests, Trump talks of war — and reelection
Don't miss out on the latest news and information.