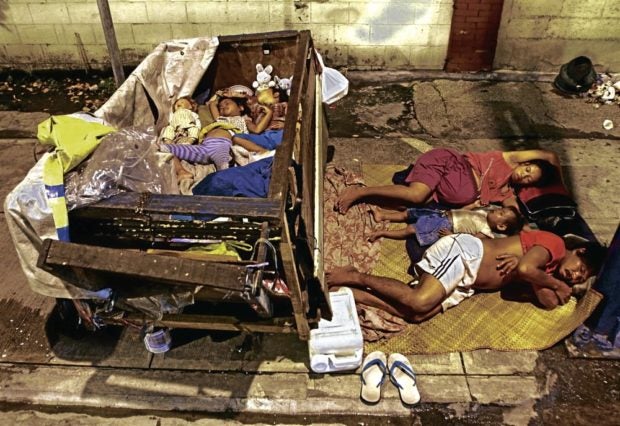 MANILA, Philippines — The DSWD will rescue street dwellers, especially children and indigenous peoples (IP), wandering about the streets during the holiday season.

In a statement issued on Saturday, DSWD spokesperson Glenda Relova said the department would be working with local government units to reach out to street children and members of the IP community begging for money.

“The DSWD continues to maintain its close coordination with our LGUs to help street dwellers. The reach out is being conducted by the local governments. The LGUs then refer those they have reached out to us, just like what the cities of Quezon, Pasay, and Mandaluyong are doing,” Relova said.

Relova said the street dwellers would be turned over to DSWD centers, which would provide, among other things, medical check-ups and food.

“Our centers are prepared to receive them,” Relova said. “When the rescued street children and street families are brought to our centers, our social workers carry out a comprehensive case analysis to determine the best possible way to assist them. They are also provided with various services, such as initial check-ups and provision of hot meals and hygiene kits.”

Relova added that the deparment would implement “Balik-Probinsya Program,” which would include transportation, especially to the IPs, to help them return to their provinces.

“So far, we have referred three batches of IPs to our Field Office in Region III, which then assisted them to go back to their homes and provinces. There will be two more batches of Aetas whom we will assist to go back home,” Relova said.

She also advised the public to help the street children and IPs by referring them in the DSWD.

[It would be better to direct our help to long-term programs that would provide a comprehensive help to our fellow citizens who are IPs and street children.]

ADVERTISEMENT
Read Next
21 detained before Paris protests as police deploy in force
EDITORS' PICK
DOTr bares 2 phases of public transport revival in GCQ areas
PNP to maintain checkpoints during GCQ to ensure compliance to health protocols
Notice of 2020 regular meeting of stockholders June 18, 2020
Leveling up your ‘lutong bahay’ with the kitchen companion you never knew you needed
LIST: What to expect in areas under GCQ, MGCQ
SM prepares for ‘safe malling’
MOST READ
LIST: What to expect in areas under GCQ, MGCQ
DOH explains: Only 109 of record-high 539 COVID-19 patients were ‘fresh cases’
Duterte approves Metro Manila’s shift to GCQ starting June 1
300 buses to resume operations in NCR by June 1 — Año
Don't miss out on the latest news and information.