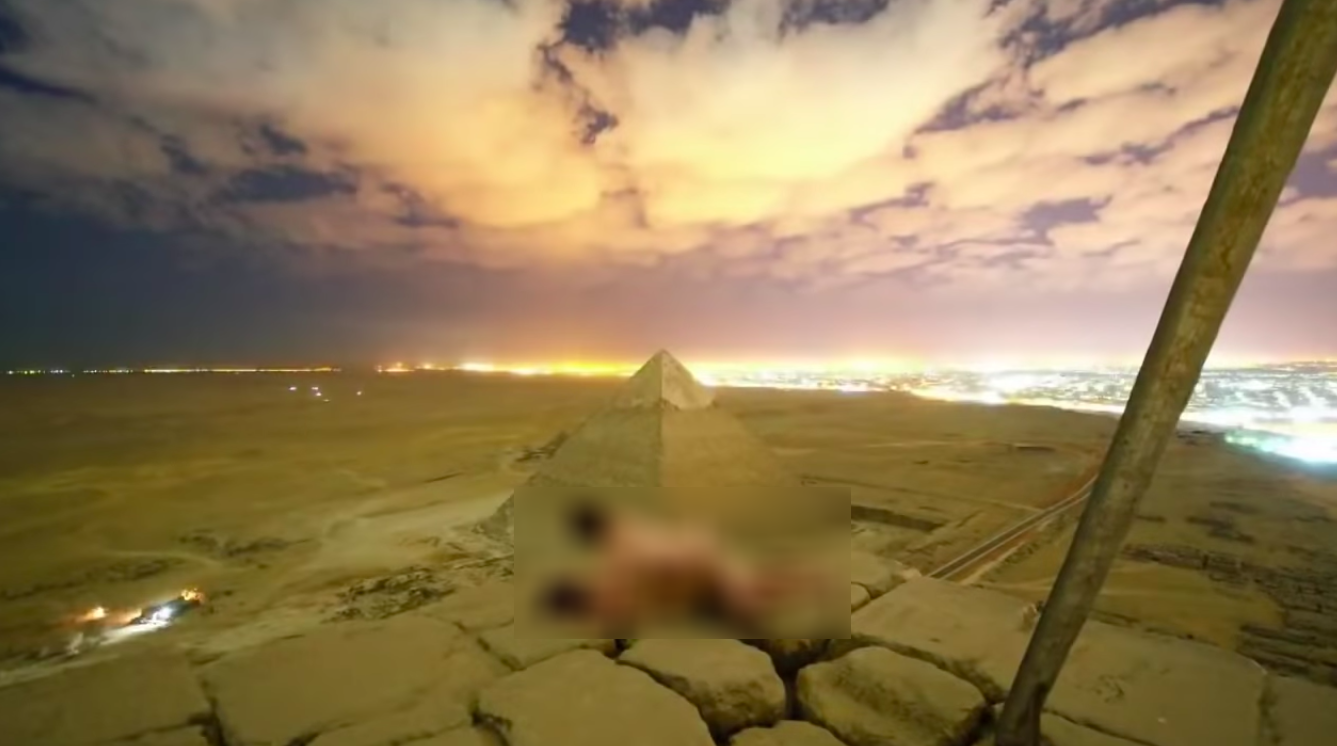 CAIRO, Egypt–Egyptian authorities have arrested a camel driver and a woman accused of having helped two Danes scale the Great Pyramid of Giza to take a video and naked photograph, sparking outrage in the country.

The interior ministry on Thursday said the woman had put the pair into contact with the camel driver who took them to the site illegally at night on November 29 for 4,000 Egyptian pounds ($225, 200 euros).

The two had acknowledged their role in the incident and would be put on trial.

In a video called “Climbing the Great Pyramid of Giza”, Danish photographer Andreas Hvid appears to scale the 4,500-year-old tomb on the outskirts of Cairo with a woman who is later seen removing her top.

Hvid says the video was shot in late November and posted on YouTube on December 8, setting in motion an investigation by Egypt’s public prosecutor.

A photograph also released by Hvid appears to show the pair completely naked on top of each other while looking in the direction of a nearby pyramid.

The nearly three-minute video has so far notched up five million views on YouTube, while stirring a public outcry in Egypt.

“A 7,000-year-old civilization has turned into a bed sheet,” a Twitter user in Egypt lamented.

Hvid, 23, has explained back home to the Danish newspaper Ekstra Bladet that he had “dreamed for many years of climbing the Great Pyramid” as well as of taking a naked photograph.

The young Dane, who runs his own YouTube channel, said the woman in the video was not his girlfriend. “It was just a pose. We did not have sexual relations,” he said.

The Great Pyramid is the largest in Giza, standing 146 meters (480 feet) tall, and the only surviving structure of the seven wonders of the ancient world.

Climbing pyramids is forbidden in Egypt.

In 2016, a German tourist was barred from entering the country for life after he posted online footage of climbing one of the ancient structures.