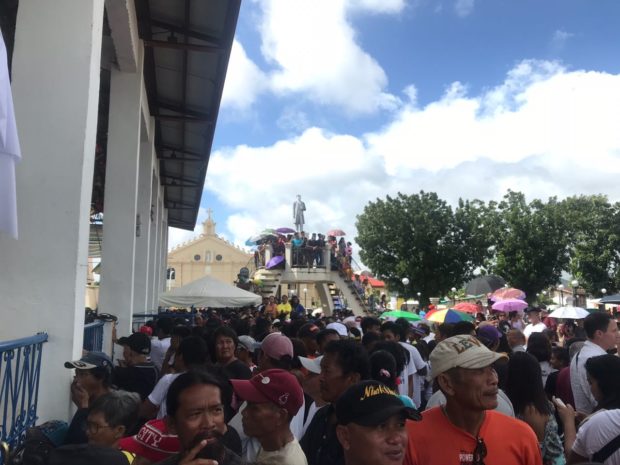 BALANGIGA, Eastern Samar—Residents, along with local and church officials of this town, are all set for the official homecoming of the their church bells after 117 years. 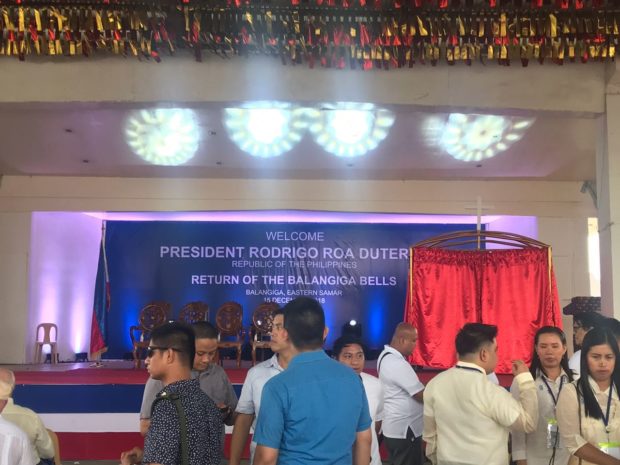 Preparations are already polished for the return of the town’s three iconic church bells, which were forcibly taken away as war trophies by American soldiers during the Filipino-American War. 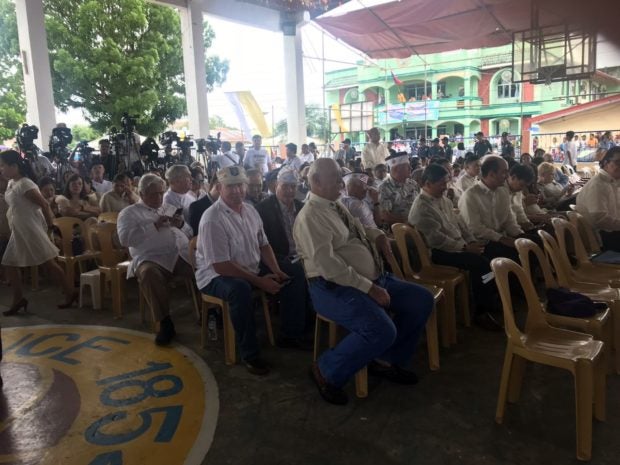 The town plaza, where a program for the repatriation of the bells scheduled later at 3 p.m., is already filled with Balangiga townfolks. 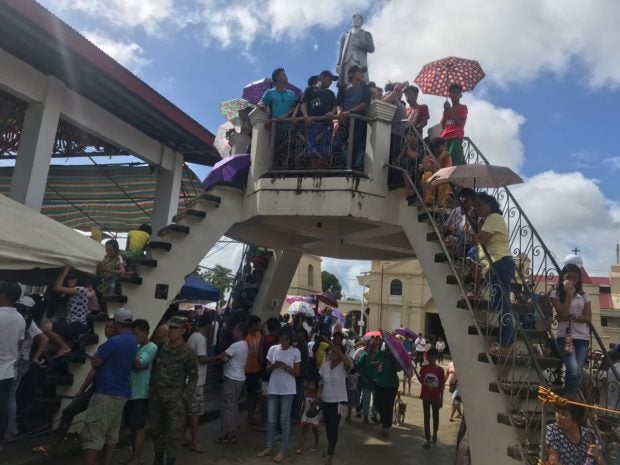 The handover rites will be led by no less than President Rodrigo Duterte. 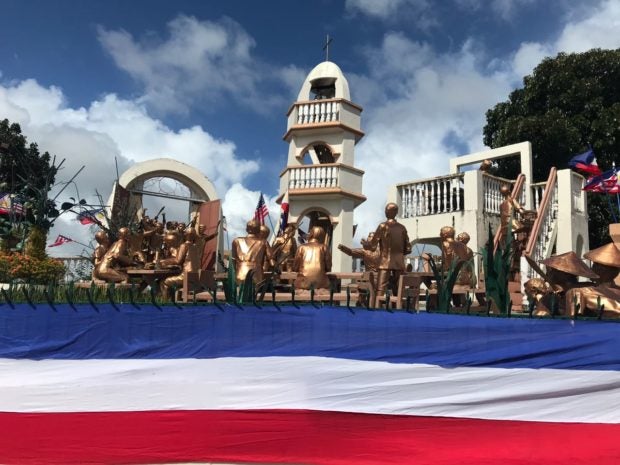 The President will receive from US Ambassador to the Philippines Sung Yong Kim the Transfer Certificate of the Balangiga Bells later before turning it over to local and church officials here. /jpv