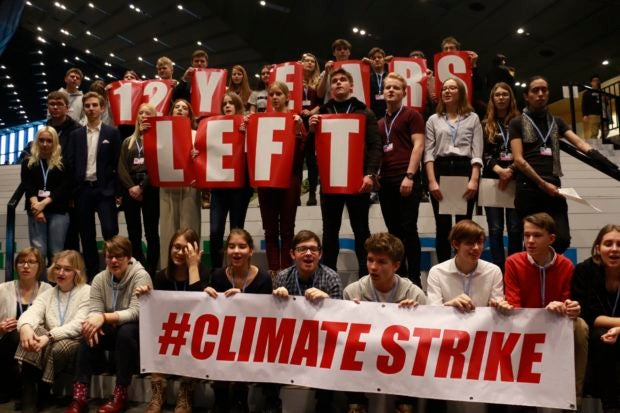 KATOWICE, POLAND–Loss and damage appear to remain a lost cause in the recent draft text released during the UN climate talks, gaining the ire of civil society groups who accused rich nations of trying to spin the rules in their favor.

At 3 a.m. on Friday, the presidency of the 24th Conference of the Parties (COP24) to the UN Framework Convention on Climate Change came out with a draft decision that contained the rulebook for the Paris Agreement. These rules are expected to guide countries on the pledges they made on their climate ambitions and make clear how climate finance from developed countries would assist emerging nations.

But financing loss and damage, which refers to the irreversible effects of extreme weather events caused by climate change, remained in limbo.

Harjeet Singh, who leads the global climate advocacy of the group ActionAid, said the language of the draft text remained weak.

“The fact is, rich countries are playing a cruel joke on developing countries,” he said during a press briefing on Friday. “The language on the overall text on loss and damage is not operational at all. It just refers to what we already have in the Paris Agreement.”

“The rulebook is about implementing the Paris Agreement; it’s not about picking the same language or diluting it further,” he added.

Loss and damage remained a sticky point in the climate negotiations, with developed countries pushing back against vulnerable countries who strongly demand that these impacts be addressed.

Climate justice expert Julie-Anne Richards expressed disappointment over the continued neglect over loss and damage, which was a standalone article in the Paris Agreement.

“It ignores the dire situation of vulnerable countries who face increasing climate impacts, with stronger intensity of typhoons and droughts,” she said.

As climate negotiators hammer out the implementing rules of the Paris Agreement in the next 24 hours, Richards said she remained hopeful that countries disproportionately affected by climate change would stand against its absence in the rulebook.

In COP23 in Bonn, Germany, last year, financial discussions on loss and damage had also been stalled, with developed countries deflecting discussions on creating a fund that will be used to address the disastrous impacts of climate change. /jpv