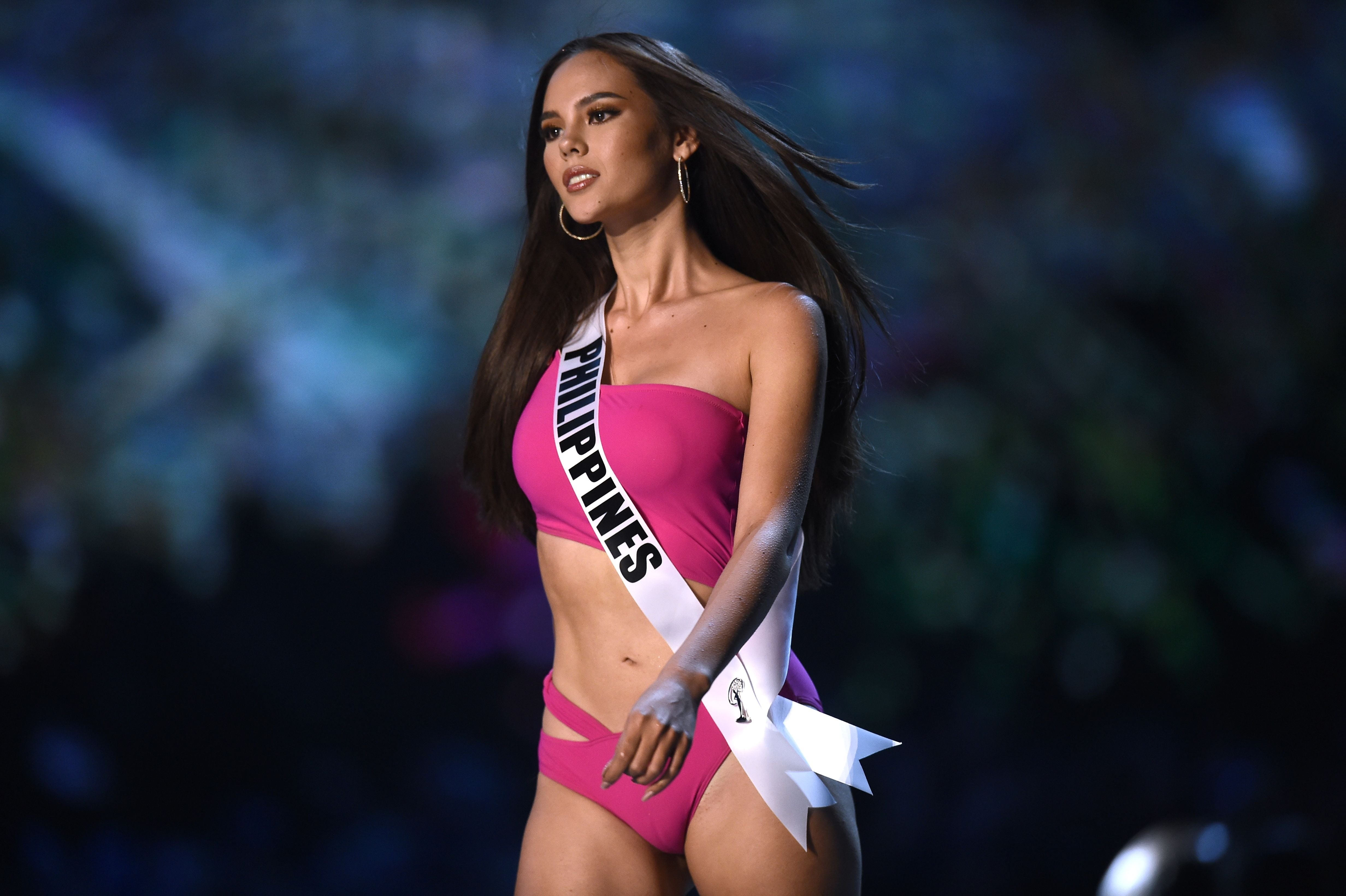 Catriona Gray, the country’s bet in the 2018 Miss Universe pageant, gave the word “twirl” a whole new meaning when she gave her turn on the catwalk a slow-motion effect during the preliminary competition on Thursday night in Bangkok, Thailand.

In a seamless move at the beginning of her walk, the 24-year-old beauty in a bright pink swimwear first pivoted with force before slowing things down.

Her long straight hair swung in a synchronous rhythm as she turned, adding dramatic flair to the movement.

Fans and netizens called it the “slo-mo” twirl, which complemented Gray’s signature “lava” walk, so called to pay homage to her roots in Bicol,  a region famous for the majestic Mayon volcano in Albay province.

Gray’s slo-mo twirl became a trending topic on social media on Thursday night, with fans gushing with praises for her performance.

Conquering the runway is considered such an important component of pageant training that other Filipina beauty queens have come up with their signature walks in a bid to stand out in the competition.

Venus Raj, Miss Universe 2010 fourth runner-up, was known for her “pilapil” walk, which was inspired by her daily balancing act crossing rice paddies when she was a young girl growing up in rural Bato, Camarines Sur.

One of her supporters is the creator of her lava walk: Carlos Buendia Jr., a dancer and former artistic director of Teatro Tomasino, the theater group of the University of Santo Tomas.

Thursday night’s preliminary competition was Gray’s most captivating pageant moment yet, as she also wowed judges with her “Adarna: The Blazing Siren” gown created by designer Mak Tumang.

In an Instagram post, Tumang described Gray “as a resilient, tenacious and unwavering spirit. Her voice is truly captivating literally and figuratively. She uses it to influence, advance her timely causes and both melt and heal hearts.”

Observers also noted that the design of her gown showed her determination to win the title, as it was inspired by the Miss Universe symbol—the Mikimoto crown. —REPORTS FROM IRA P. PEDRASA AND INQUIRER RESEARCH