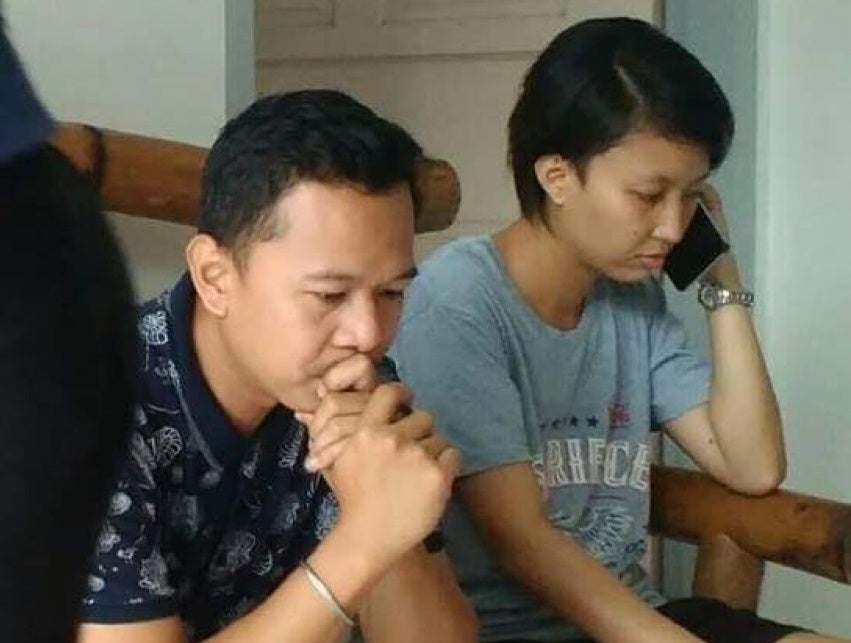 MANILA, Philippines — The son of Bureau of Corrections (BuCor) chief Nicanor Faeldon was arrested by police operatives in a raid at a drug suspect’s house in Naga City on Friday.

Five others were also arrested during the anti-drugs operations around 2 a.m. in three separate villages — Mabulo, Concepcion Pequeña, and San Felipe.

Policemen conducted the raids armed with a search warrant.

According to a report from the Naga City Police, a man who introduced himself as Nicanor Faeldon Jr. was arrested in the house of a certain Russel Lanuzo in Barangay Mabolo.

Faeldon’s son along with Lanuzo, Richard Buenavente, and Alex Salcedo, as well as two others whose names were still unavailable as of this posting were taken to the police station.

Confiscated from Lanuzo were seven pieces of sachets containing suspected “shabu” (crystal meth) while Buenavente yielded five grams of the illegal drug and a caliber .22 gun, according to police.

Police, however, clarified Faeldon Jr. was in the house visiting his girlfriend who is a daughter of Lanuzo.

But Naga City Police chief Sr. Supt. Felix Servita said in a phone interview with INQUIRER.net that Faeldon Jr. will be subject for inquest proceedings and will undergo drug test within the day.

According to Servita, Lanuzo’s residence is allegedly being used as a drug den.

Meanwhile, Faeldon said he does not intend to talk with his son or interfere on the case.

He even said he is willing to resign from his post and “obliterate” his son if confirmed that the latter is involved in illegal drug activities. /kga