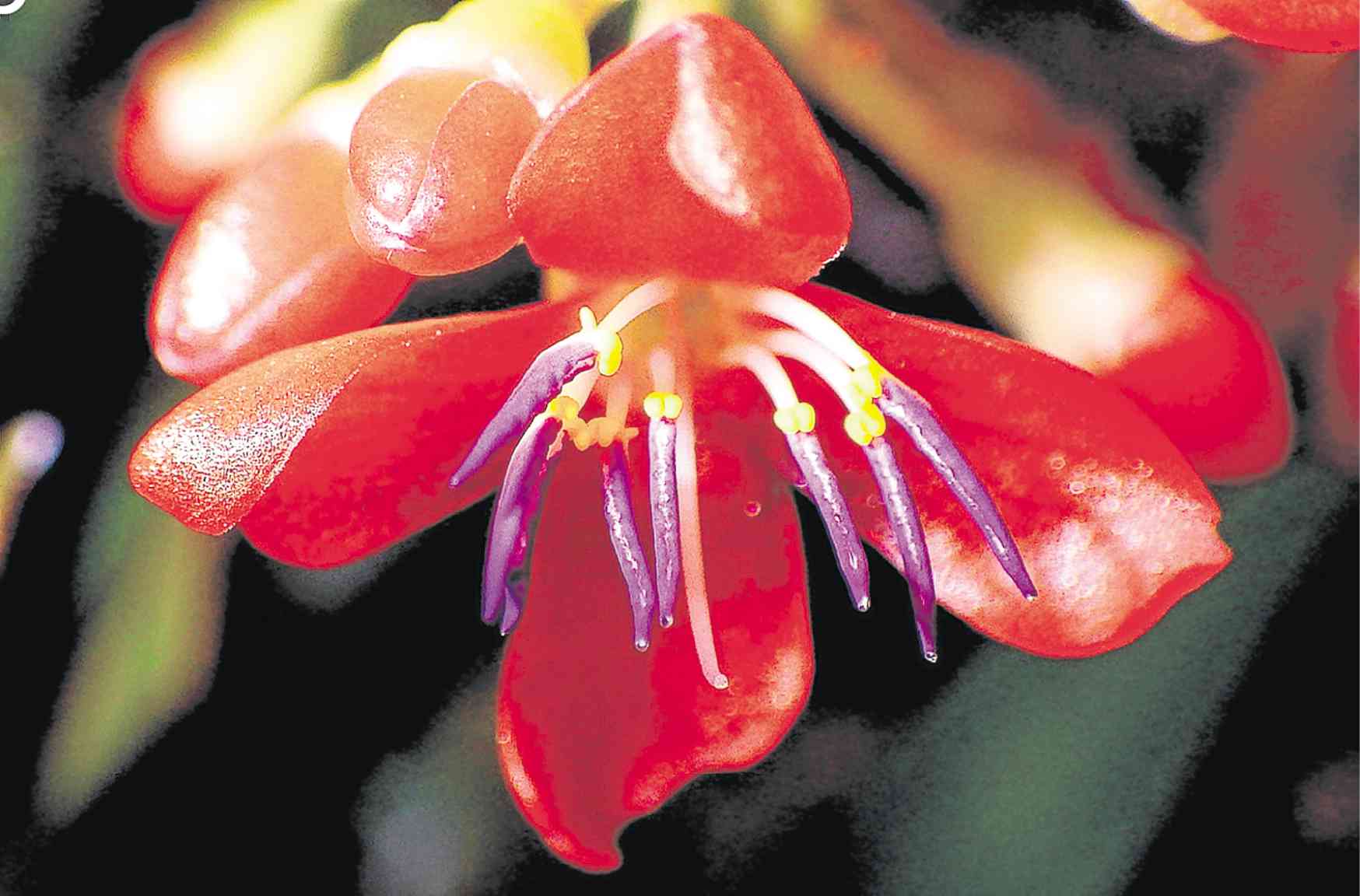 RARE BLOOM, RARE HONOR “Medinilla theresae,” named after former environment official Theresa Mundita Lim, is a shrub that grows only on Mt. Redondo and Mt. Hamiguitan, both in Mindanao. A team of renowned taxonomists, professors and researchers from the University of the Philippines has been credited for the discovery of the species. —ASEAN CENTRE FOR BIODIVERSITY/EDWINO FERNANDO

KORONADAL CITY — A new plant species that grows on only two mountains in Mindanao has been named after wildlife advocate Theresa Mundita Lim.

To date, Medinilla theresae, which is endemic to areas of a specific soil type, is found only on Mt. Redondo, Dinagat Island, and on Mt. Hamiguitan in Davao Oriental.

The terrestrial, erect and cauliflorous shrub can grow to 1.5 meters high.

A team of renowned taxonomists, professors and researchers from the University of the Philippines were credited for the species’ discovery. It includes Edwino Fernando, Perry Ong, Peter Quakenbush and Edgardo Lillo.

“I am truly honored and grateful for this recognition,” said Lim, a former director of the Biodiversity Management Bureau of the Department of Environment and Natural Resources.

She thanked the taxonomists, scientists and researchers for their hard work in discovering new species.

“I believe that taxonomy is a vital step in conservation simply because you cannot conserve what you do not know,” she said.

Lim, who is now executive director of the Asean Centre for Biodiversity, said the number of species waiting for discovery was far larger than those that had already been studied.

She said millions of plant and animal species had yet to be studied and could hold tremendous potential as sources of food, medicine and other benefits to humans.

According to the Convention on Biological Diversity (CBD), taxonomists have identified only about 1.78 million species of animals, plants and microorganisms in 250 years of research out of more than 30 million species.

It is estimated that only 10 percent of vertebrates have been described, but more than 50 percent of terrestrial arthropods (such as insect, spider and crustacean) and up to 95 percent of protozoa (single-celled organisms) have remained undescribed.

The sheer number of species that have yet to be discovered requires an army of scientists, each with his own area of expertise, to identify, name, classify and study the millions of species on earth, the CBD said.  —BONG S. SARMIENTO