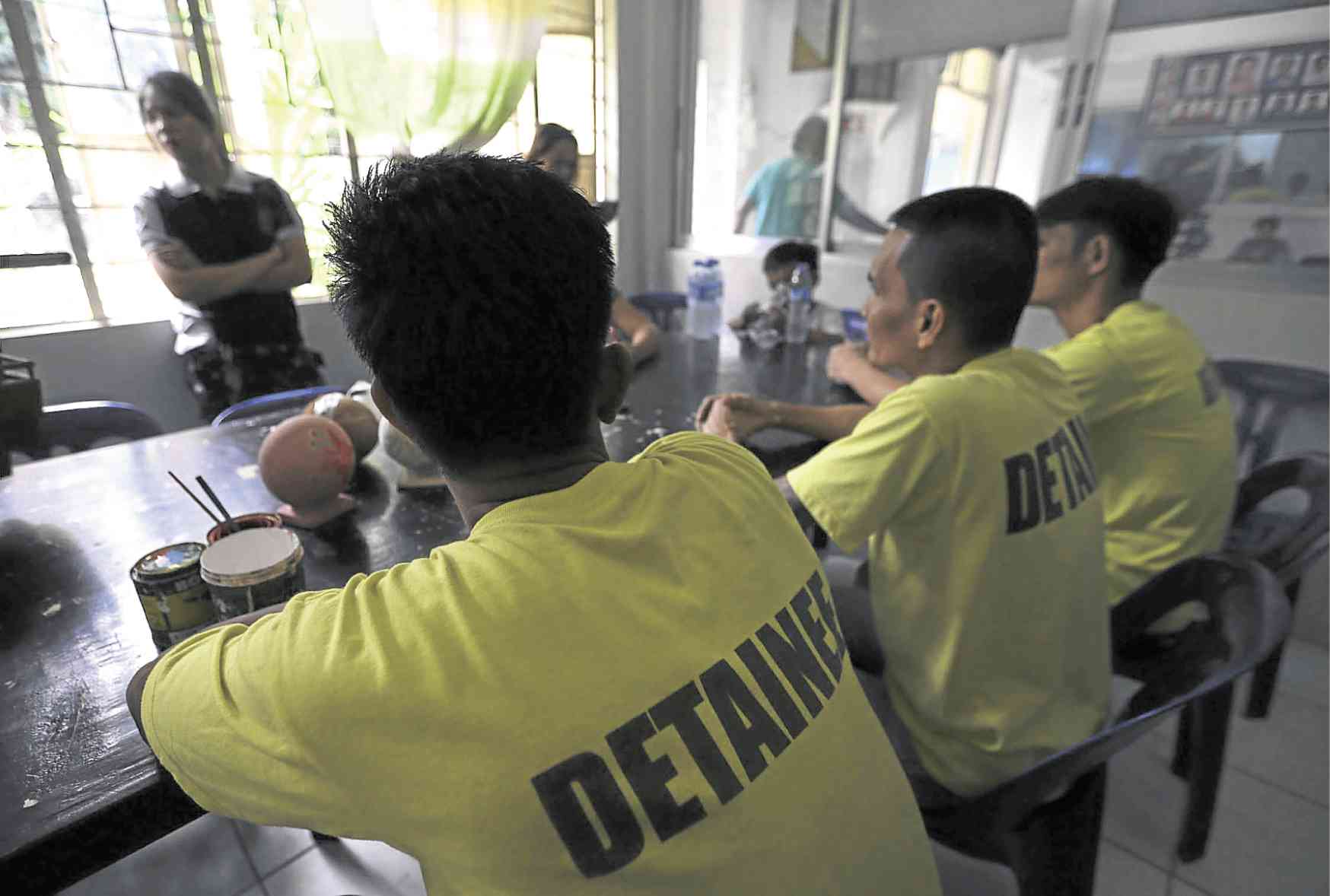 DOWN BUT NOT OUT. Inmates remain productive while serving their time, aware that they need to support their families even while detained. —Photos by Lyn Rillon

The “chairman” is how jail guards and inmates refer to Richard, a short and lean 45-year-old man with tattoos on his left arm that mark his 12 years in prison.

At the Rizal Provincial Jail in Taytay, Rizal, Richard is the leader of four gangs composed of 80 inmates, most of them facing drug charges.

“Many people wouldn’t believe me when I say I’ve never been involved in any illegal activity. I don’t remember violating any law that warrants my being here,” he said.

A former government employee, Richard went to Saudi Arabia to work in a furniture shop. After saving up for a piece of land at Lupang Arenda in Taytay, he returned in 2006 only to be arrested.

“There was ‘zoning,’ like a search for criminals…  I happened to be there so they picked me up and charged me with illegal possession [of drugs],” he said.

“Drug [possession, use or trade] is a very easy case [to file against a person]. When someone accuses you of being in [the illegal trade], you’ll end up having to prove your [innocence] in court,” Richard added.

Although his situation could easily be blamed on being in the wrong place at the wrong time, Richard believes there is a deeper purpose.

“Maybe the Lord put me here to make me realize that not everyone in jail has actually done something wrong. Some are just victims of circumstances,” he said.

While behind bars, Richard became active in studying the bible. On Thursdays, he joins the Christian worship led by Christ’s Commission Fellowship (CCF), one of the groups that regularly visit the jail. He even plays the keyboard to accompany praise songs.

On most days, he can be found training about 13 to 20 inmates on making furniture, home decorations and trinkets under CCF’s Simula ng Pag-asa (Sipag), a community recovery program.

Jail warden Alfred Benjamin Santos said he was supportive of the inmates’ livelihood activity as it keeps them busy and eases their boredom.

Among their products are coin banks made from coconut shells painted with cartoon characters. These are sold for P50 each to jail visitors. 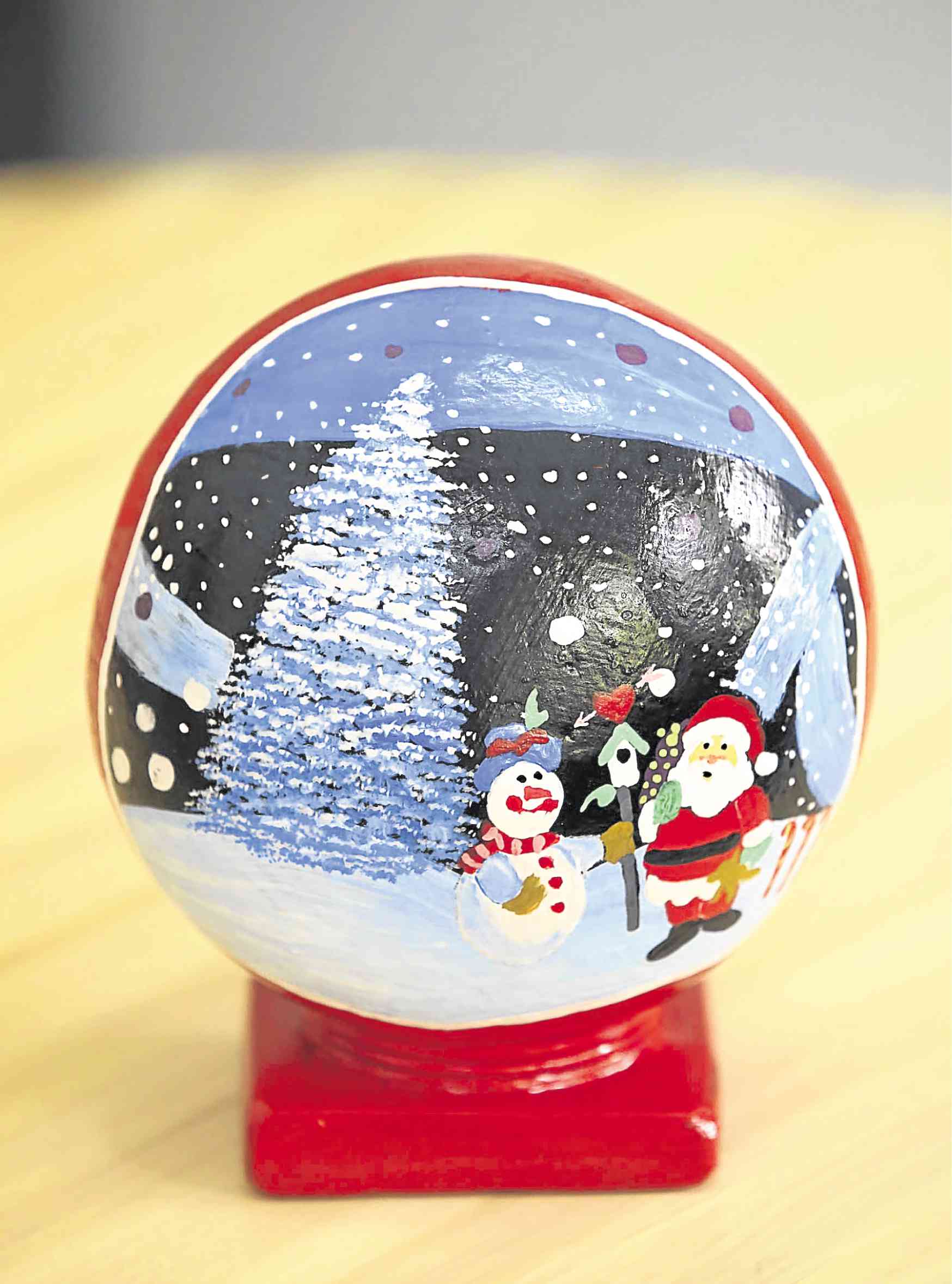 FOR SALE Among their products are beaded trinkets and coin banks made of coconut shells.

Among Richard’s patrons is actress Susan Roces who bought four of his oil paintings while on a shoot in Rizal.

CCF member Mirla Sheila Villanueva said her group has been helping market the products, first to their friends, then to buyers online.

Hopefully, the money the inmates make will allow them to make a fresh start when they get out of jail, she added.

According to Villanueva, the program aims to be a “continuing” project for detainees after their release. In a month, they earn an average of P50,000 to P70,000, which they divide among themselves.

“Before, I would need to call up [my family] if I run out of money for my personal needs here. But now, I am the one providing for them again,” said Nardo, 36, who had to leave his partner and their child when he was arrested for a drug-related offense in 2006.

Jovy, 39, said he was proud of his miniature wooden ships, which each take about two weeks to make.  In his 17 years in jail, he has made around 50, “many of them sold abroad.”

Jovy and Nardo are just waiting for the court promulgation of their cases while Richard and about 30 others have availed themselves of plea bargain agreements.

Richard said that he was planning to put up a barbershop and a furniture store once he is released. Others said they would continue selling their products. 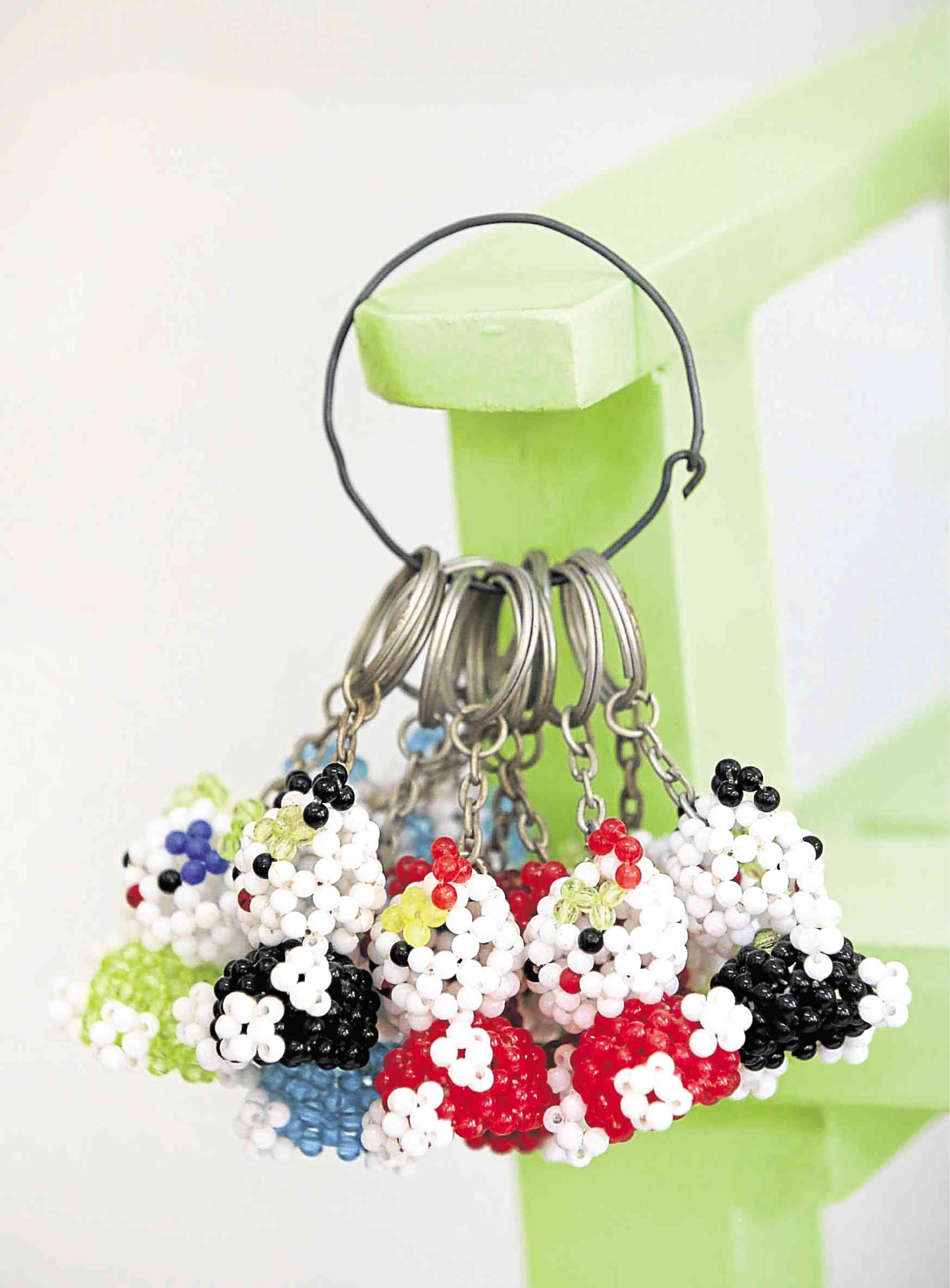 Villanueva, however, was apprehensive. “[But] many would be returning to the same community [where they came from]. The moment they’re out, they might be tempted [to get back into the drug trade],” she said.

According to Richard, he knows of a hundred former inmates who were rearrested or killed in the government’s campaign against drugs. “We are in prison but only physically,” he said.

“The true meaning of freedom is liberation from prejudice, especially if you’re being judged by others because you are poor.  We cannot fault the poor because they are victims of the system,” he added.