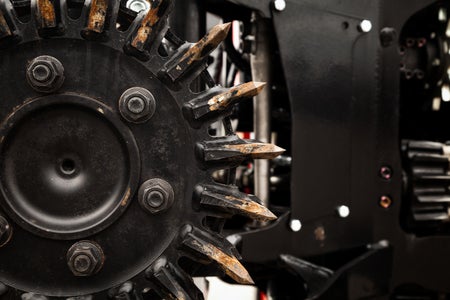 A 49-year-old porcelain factory worker in Hunan, China miraculously survived being impaled by ten sharp steel spikes following an accident in the workplace.

The victim, identified only with his surname, Zhou, is in stable condition, as reported by People’s Daily via Daily Mail on Tuesday, Dec. 11. He will still need rehabilitation treatment after his release from the hospital.

The accident took place on Dec. 4 while the factory worker was working the night shift. A robotic arm fell, causing Zhou to be spiked with ten steel bars which measured 30 centimeters in length and 1.5 centimeters in diameter.

Four of the nails pierced his right arm, another four struck his right forearm, while the remaining two speared his chest and right shoulder, the report stated. He was immediately brought to the local hospital before being transferred to Xiangya Hospital where an operation for the removal of the spikes took place.

Lead surgeon Panfeng Wu admitted they had a problem conducting a surgery because they could not give Zhou an X-ray scan, the report said. The factory worker also had to lean on ten doctors during the operation because he could not lie down.

Despite being in a critical condition during the operation, what with the possibility of the spike on his chest causing a hemorrhage and the spike on his shoulder being only 0.1 centimeters away from the main nervous system, the surgeons successfully removed the steel bars. Kate Matriano/JB